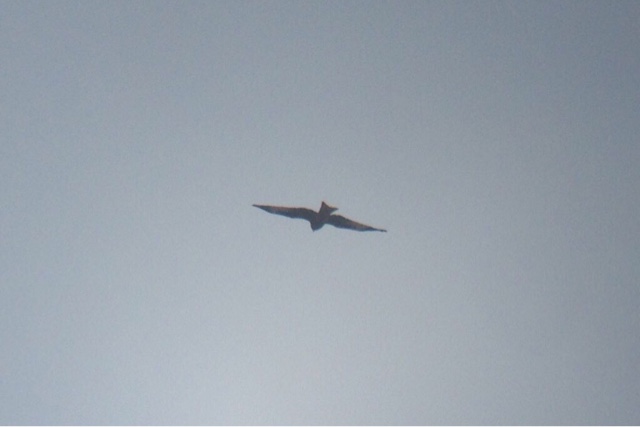 Just before 11.30hrs this morning much excitement ensued when a Red Kite was seen soaring to the east of the islands and was followed for 10 minutes as it circled and drifted over the Wirral shore towards Hoylake (above). March and April are good months for this raptor to appear at Hilbre, although this is only the sixth record and earliest spring sighting for the Obs. Prior to this the highlight had been a pair of Shoveler at the north end with 4 Wigeon (below,CJ), Shoveler is a very scarce bird on the islands, although becoming less so recently. 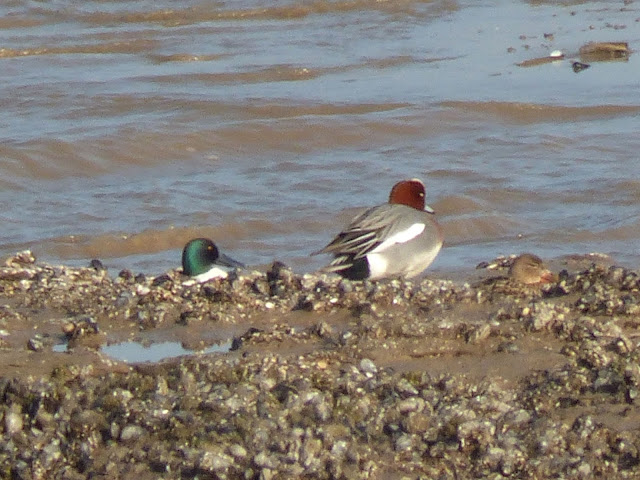 Overall the day had been slightly quieter in terms of migrants than yesterday, although good sightings included a Reed Bunting, 3 Siskins, 10 Pied Wagtails, a Lesser Redpoll and 7 Goldfinches over with another 6 down on the island, also 5 Skylarks with another 2 on Middle, while 2 Starlings rested for a short time (below, CJ). Three Canada Geese flew through early with another single later. Yesterday's Pheasant was still on the island. 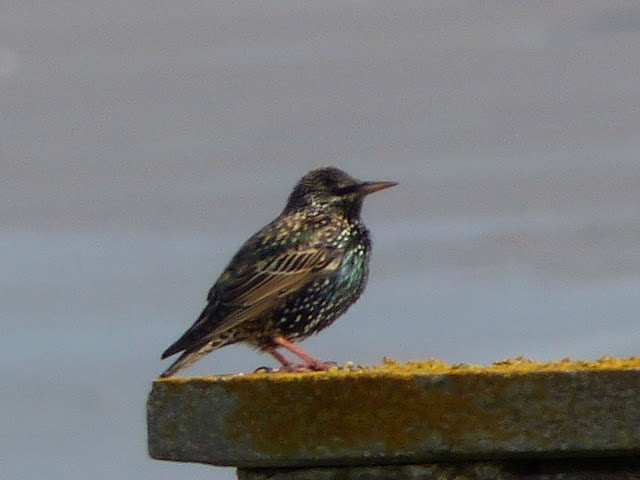