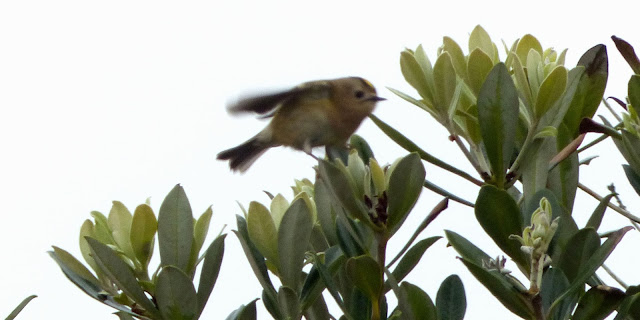 Very little migration this morning, and although 5 Goldcrest were present (above, CJ) at least one and maybe more were here from yesterday. Wagtails featured again with 3 Grey and 6 Pied passing through, also 2 Greenfinches but we still await the first Wheatear, now being the prime time for the initial sighting. While a Merlin was being watched reguritating a pellet on the hill west of the obs another flew in front of the observers towards the south end. Which bird (if any) was the one present over the last few days was not determined. 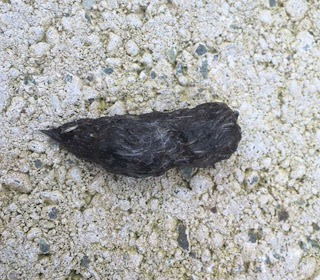 The good run of duck records this early spring continues, today there were 17 Wigeon, 2 Pintail and in addition to the 500 or so distant Scoters, small parties flew around about the islands frequently. Since the advent of the increased Scoter numbers out towards the wind farms, it is now quite normal to see individuals close within naked eye range of the islands.Good counts today included 94 Shelduck, 212 Brent and 155 Turnstones, while on the sea were 25 Great Crested Grebes and 5 Red-breasted Mergansers.
Ringed: 1 Goldcrest, 1 Robin      [ 22-7 ]
Posted by Colin at 16:00