The lack of south in the wind meant there were few hopes of many migrants this morning and so it proved with the notable exception of about 10 Goldcrests, which in previous experience often fail to follow the normal 'rules' for expected arrival at Hilbre.
A Merlin stood on the ridge south of Middle and later sat on the west cliff of the island (for a short video click on this link http://youtu.be/NKWdBo0fRu8) and was seen at one stage to chase one of the Goldcrests with an unknown outcome. 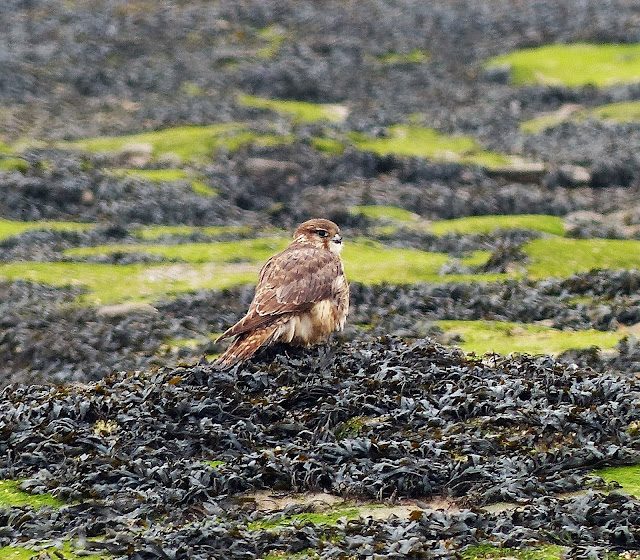 Merlins seem to be regular visitors to the the islands in March/April and perhaps unsurprisingly seem to match the main Meadow Pipit migration period.  Eight Redwings had also been down on the island early in the morning but soon moved on, a couple of Blackbirds stayed, with the only other small migrants logged were 2 Starlings, and a single Chaffinch and Siskin. Regular geese visitors at this time of year were 2 Greylags and 2 Canada Geese, while duck featured in the form of 2 Tufted Duck (possibly two of the three birds recorded on Tuesday), 3 Wigeon and 2 Teal. The Pheasant still struts around the areas with cover. 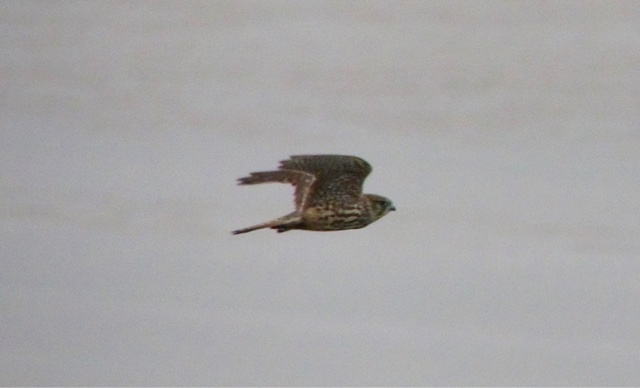 If you click on the following link and turn the volume up on this short video taken from the island today you hear some of the sounds of Hilbre at this time of year as the Pale-bellied Brent Geese are calling frequently in readiness for their imminent departure to Arctic Canada (via Northern Ireland and Iceland), Redshanks and Oystercatchers can be heard all around the islands and Goldcrests call (and sing) from the scrub in the trapping areas http://youtu.be/TPtzCMClt0s. 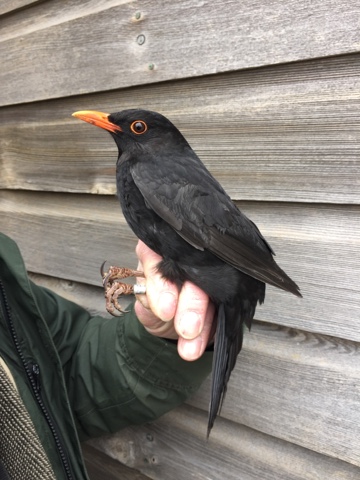