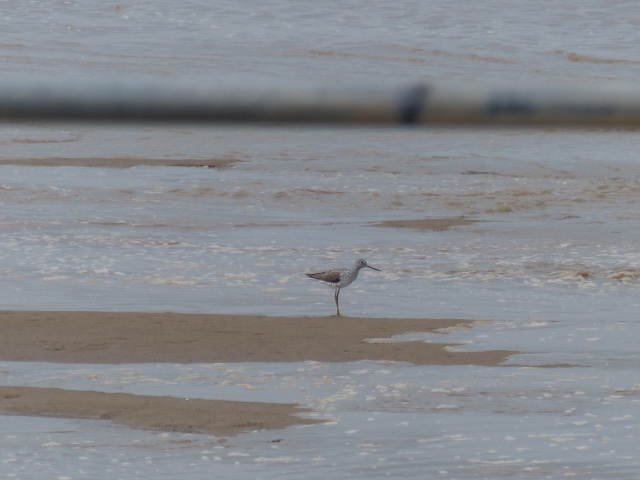 A couple of flava Wagtails flew over calling early morning and four Woodpigeons were noted but apart from those and a few House Martins there were very few passerine migrants.

However, waders were again very much in evidence with two fine summer plumaged Grey Plover.  A single flock of 39 Whimbrel (and two Oystercatchers tagging along) was an unusual sighting for Hilbre and a total of 45 Whimbrel for the day was an excellent count.

Dunlin numbers were building up again as observers left the island on the flooding tide.

A Greenshank was heard calling to the North East of the island (somewhere along the flooding tide edge of the East Hoyle) and this or another was picked up at Hoylake an hour or so later (see above and below by AEH). 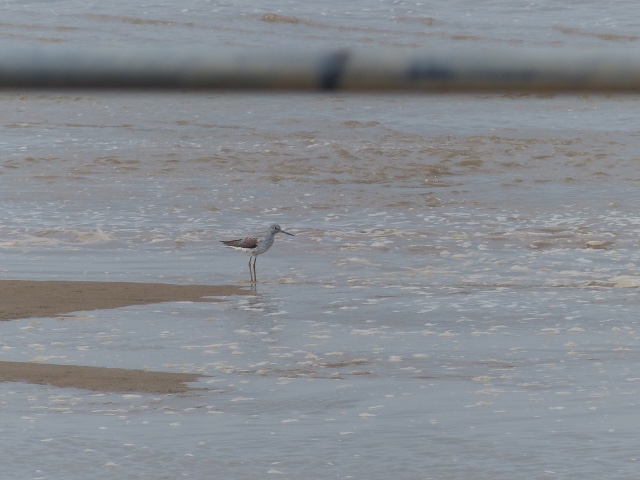 A single Chiffchaff was the only migrant caught but the first Painted Lady butterfly of the year was noted north of the lookout. 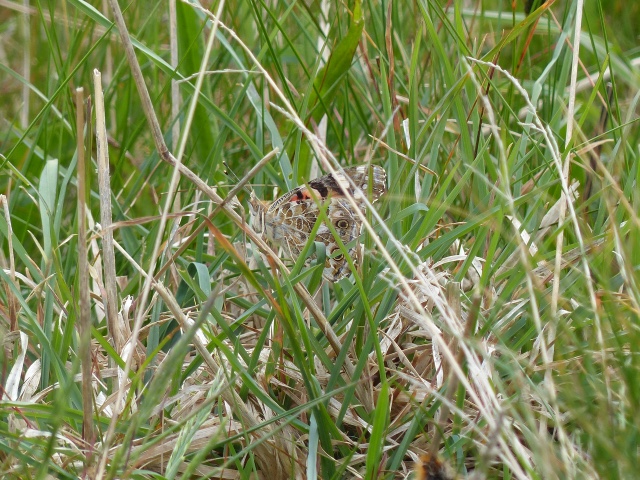 A single first summer Little Gull watched heading south down the estuary was the final highlight of another lovely morning at the Obs.
[277-24]
Posted by Hilbre Steve at 18:25