A stunning morning weather wise on the islands during the early morning tide although it was cold and observers brought out their winter coats and hats! 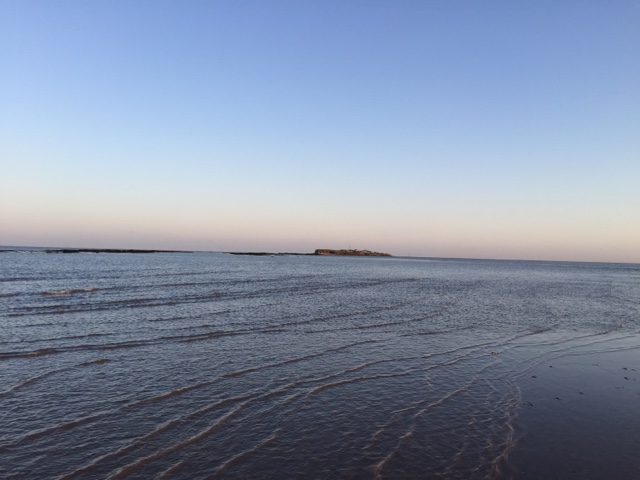 'The ridge' was productive on the way over as the tide was still in and the waders present were very approachable in the Landrover.  Species noted included Whimbrel, Curlew, Oystercatcher, Turnstone, Dunlin, Sanderling, Ringed Plover, Knot and Bar-tailed Godwit; the latter including a single summer plumaged bird (see below - all shots are 'back of camera photos'). 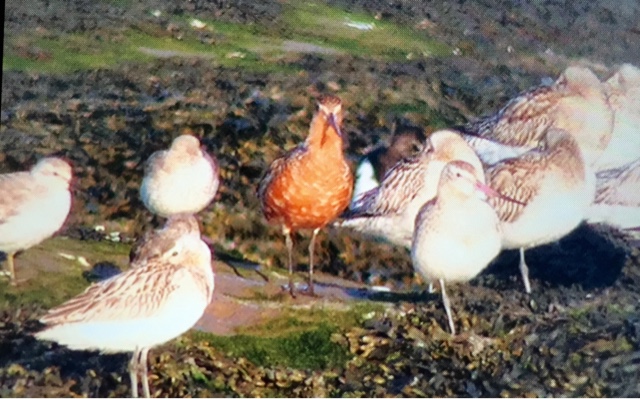 The Dunlin numbers have dropped off in the last couple of days but variation in plumage and bill length was still evident. 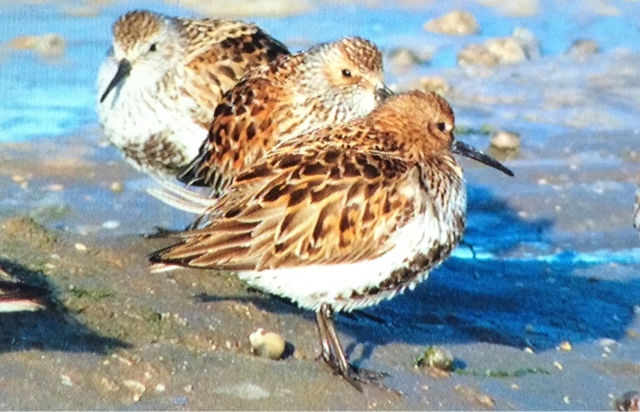 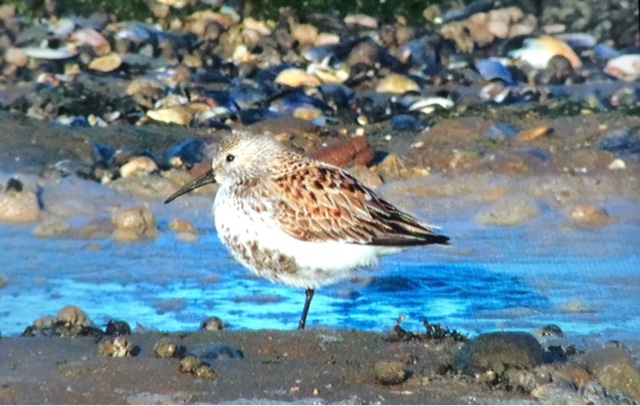 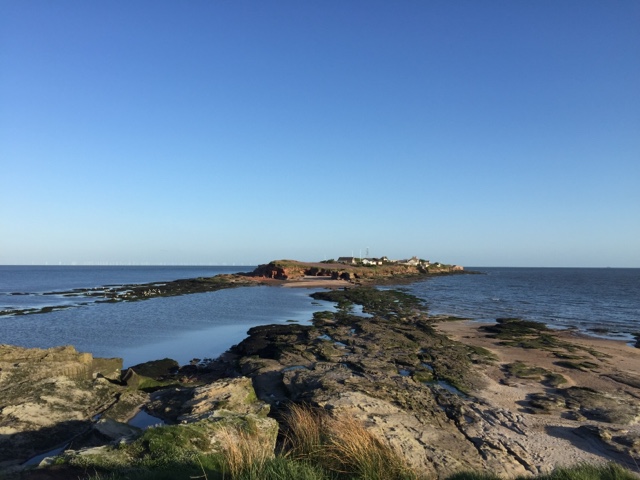 Perhaps the most notable sighting this morning was over 2,000 large gulls present 'down' on the island at the North End both on the 'Whaleback' and the rocks off the slipway.  It is unusual to see so many large gulls actually on the main island. 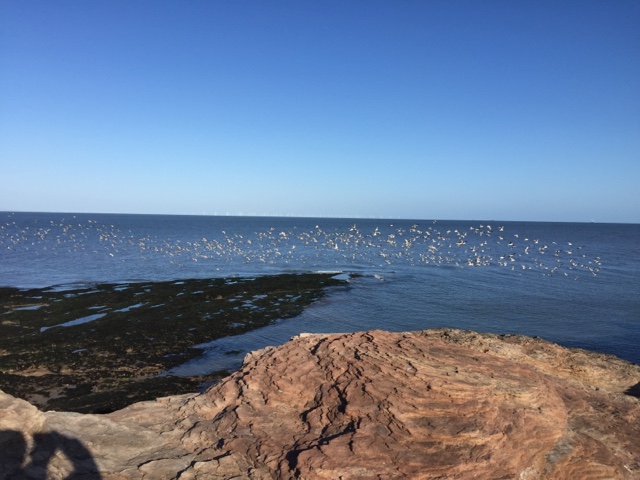 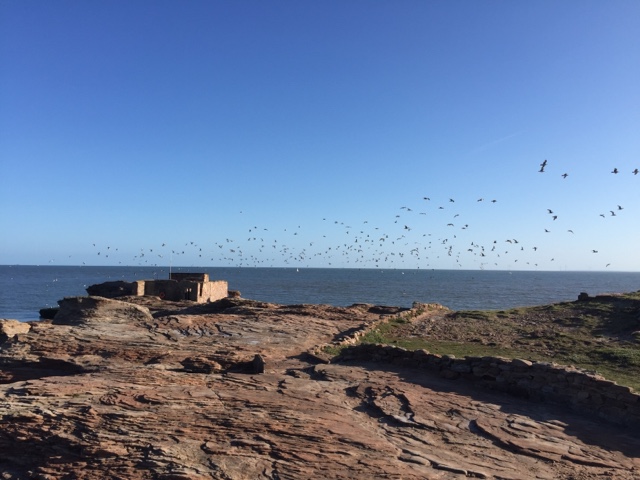 Also notable was a Swallow amongst the locals and 30 or so migrants that hung around the island for 15mins or so showing a rusty washed tone to its breast compared with the lighter shade of the others.  Probably just the usual variation in Swallow but notable nonetheless. 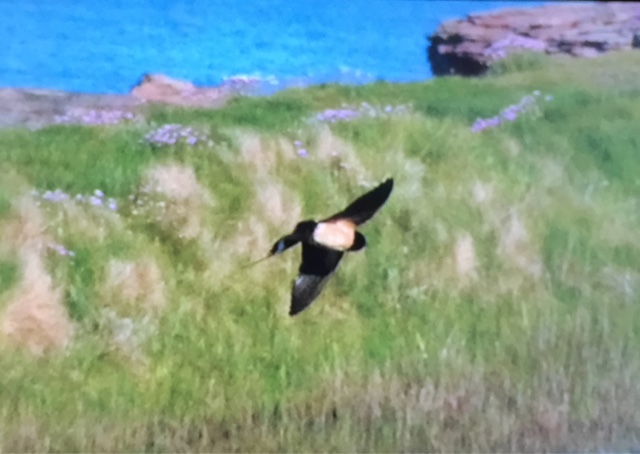