A very quiet morning was enlivened by the appearance of a male Whitethroat at the top of a bush in Obs garden and it even gave a short burst of song.  Incredibly the first warbler on the island for ten days! 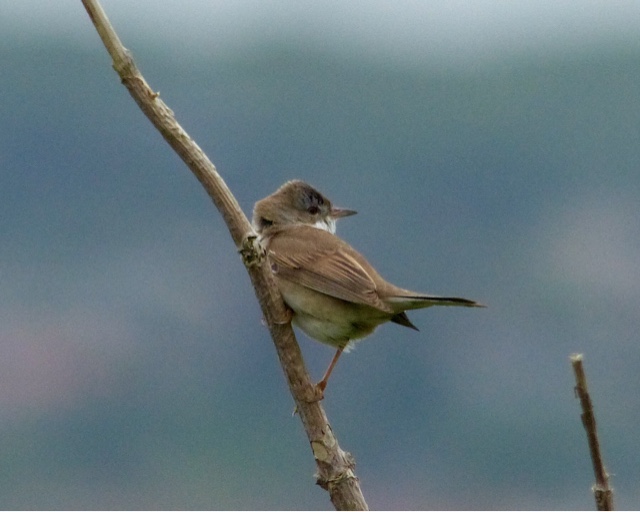 Small numbers of passage waders were around the islands with 300 Knot, 120 Dunlin, 13 Sanderling and 10 Ringed Plover noted.

The sea was also generally quiet with just 16 Sandwich and 3 Common Terns recorded but a single Manx Shesrwater seen in the 'Hilbre Swash' from the Hoylake Lifeboat was a first for the year for the Observatory.
Posted by Hilbre Steve at 00:02