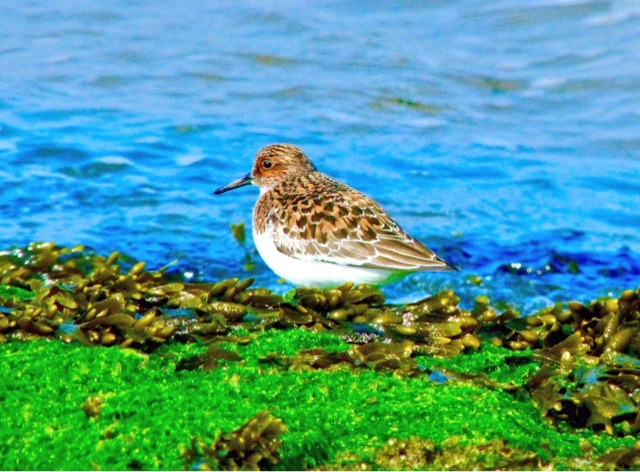 A singing Chiffchaff around the gardens today was the first phylloscopus warbler for some time.  It was later caught and ringed and prompted the usual discussion about where these late spring Chiffchaffs are going to/coming from.

The first Spotted Flycatcher of the year was found in the SK trap mid morning, incredible considering the numbers that have been seen on the North Wirral (Leasowe and Red Rocks) this spring. 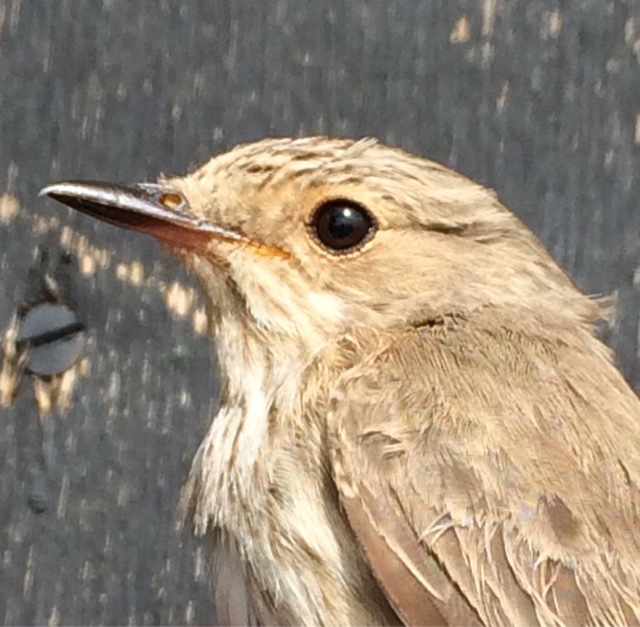 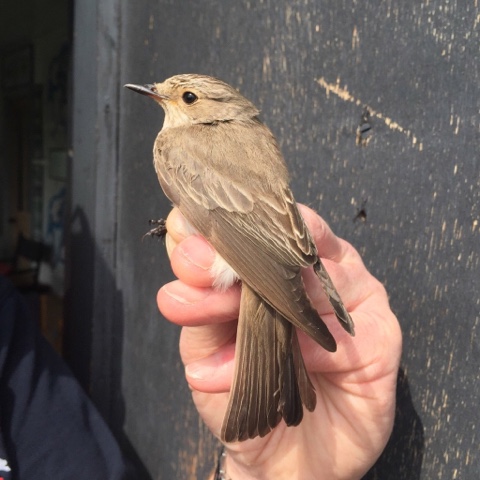 Around lunchtime the Chiffchaff and a late Blackcap were caught in the Heli trap. 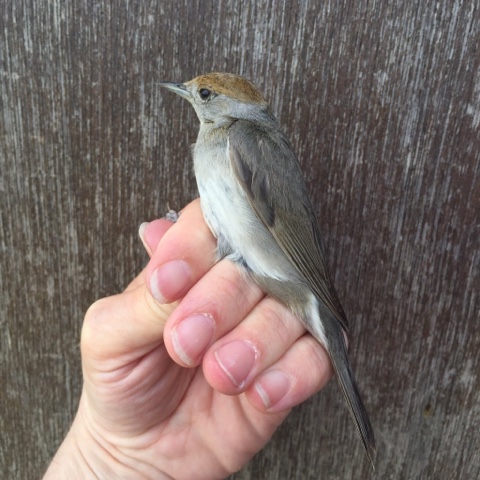 Up to five Little Egrets appeared on the ebbing tide but focus quickly turned to the stunning flock of Sanderling (425 plus a further 50 later) on the rocks below the Obs garden. 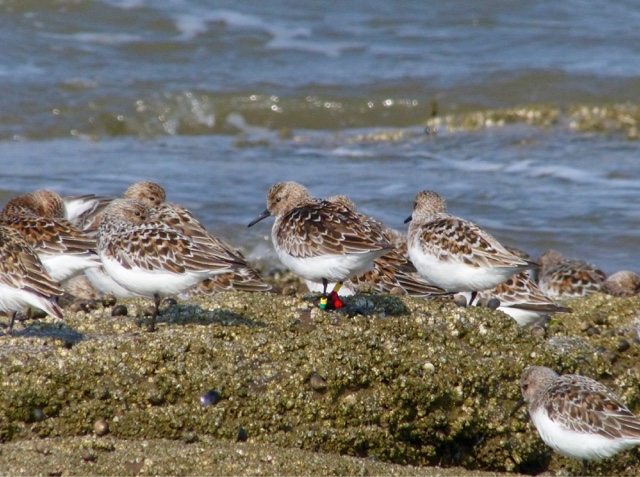 At least six colour-ringed/leg flagged birds were seen with details of at least 4 obtained.  There were at least four different flag colours involved so we are hoping that they were ringed in four different countries?  Initial enquiries (via https://animaltrack.org - see below) resulted in the first bird having been ringed in Holland in August 2012. 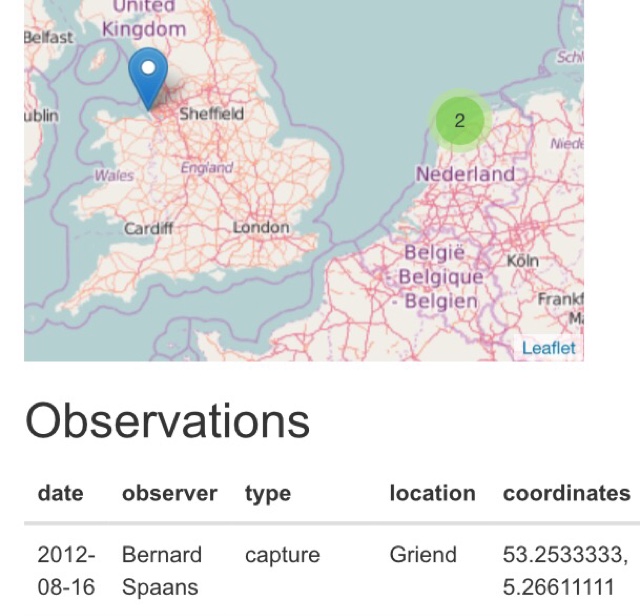