Weather: NE 0-1, 1/8 cloud, 5 mile vis sunny
What a day!
It started quietly enough with observers arriving at the island later than recently as the wind had turned to the North East which usually means fewer migrants.  So it proved as a Whitethroat singing in the lower trapping paddock was the only real evidence of migration until an elusive Blackcap was found in the Old Obs garden.
At about 1135hrs observers were returning to the Obs when their attention was drawn to the Obs fence were a number of small birds of varying species had alighted in a row - Linnet, Meadow and Rock Pipit and a male Pied Wagtail all seemed interested in this corner of the Obs garden.  A look over the fence revealed their interest was a superb male Nightjar sat on the bench in the Obs garden. 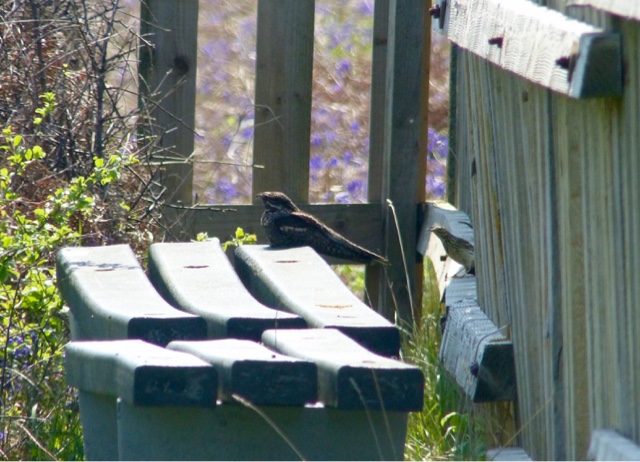 The Nightjar showed superbly well for a short while as news was put out and the observers kept their distance (not even returning to the Obs building!).   Unfortunately the local breeding birds were not happy with this visitor (presumably misidentifying it as a Cuckoo or some other threat) and persisted with their harassing of the Nightjar until it was flushed and flew low down the Obs garden before others had arrived. 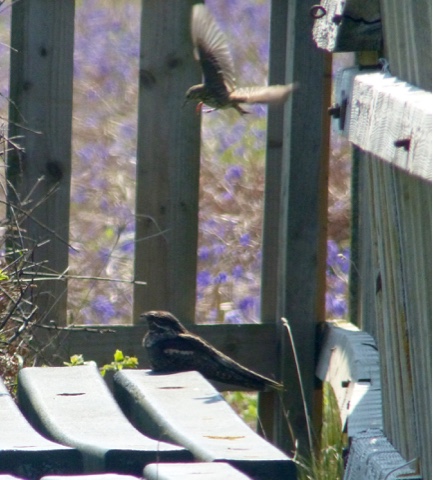 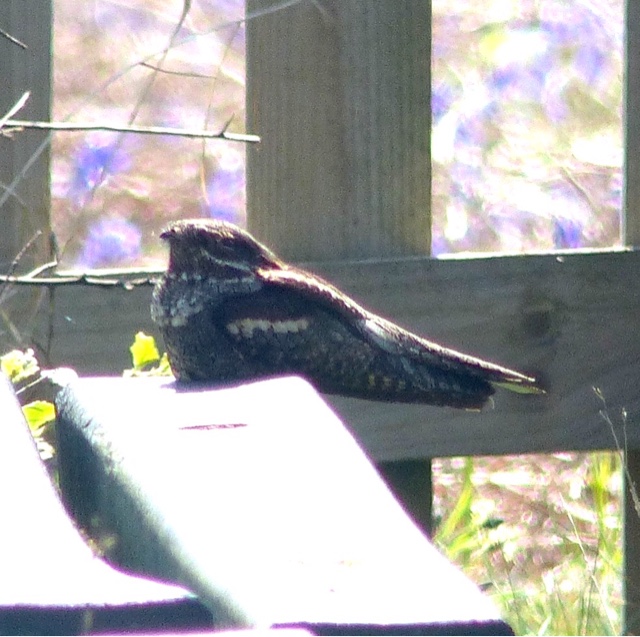 Fortunately, not long after birders from the mainland arrived it was relocated sat on a stunted silver birch tree along the south fence line of the Obs garden. 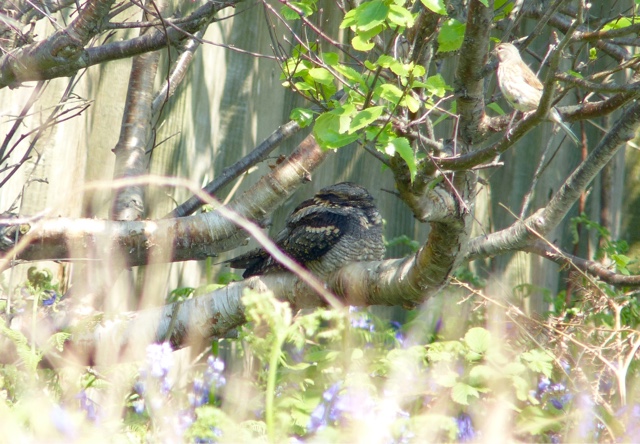 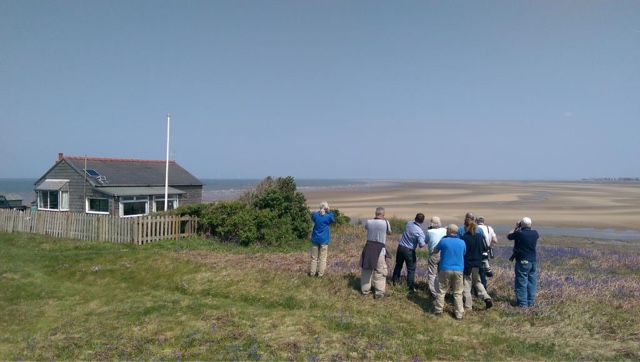 The bird then stayed in the same spot on a shaded branch until around 2140hrs when it was noted to have gone. 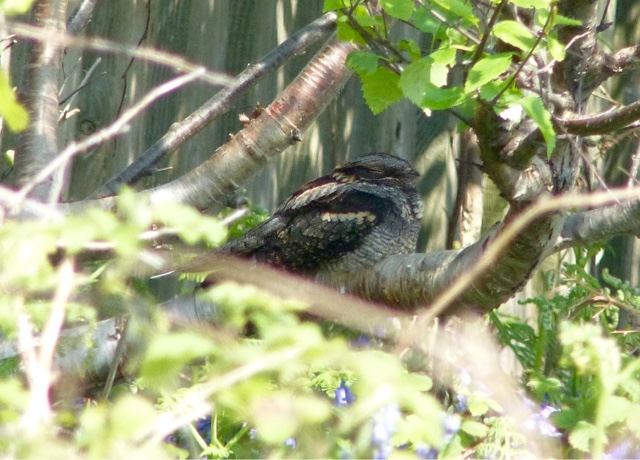 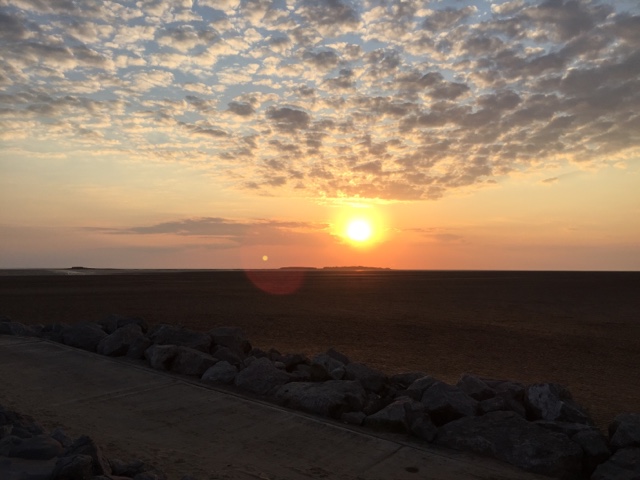