Miserable weather first thing but it is still worth checking the island in an easterly in April. Bird of the day was probably a Rook flying around and landing on the mast before being seen off by the local Crows. Rooks are truly a scarce Hilbre bird, most likely encountered at this time of year. 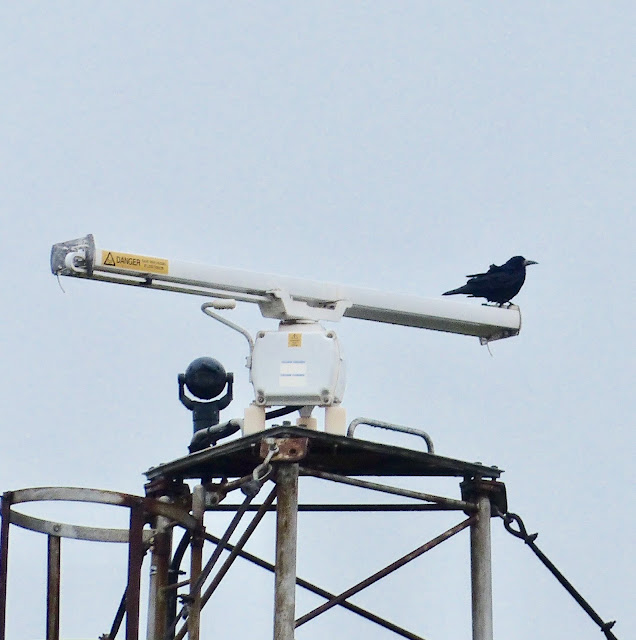 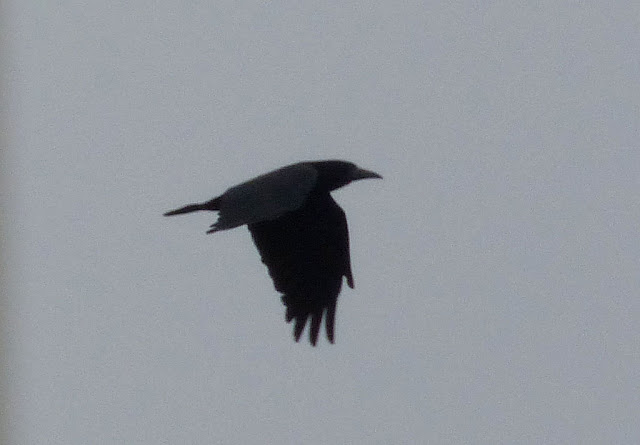 Probably slightly less authentic but just as scarce was a Barnacle Goose flying west with 5 Canada Geese across the island. Four Willow Warblers and a Chiffchaff were present, and several Swallows went through, some stopping to feed in the shelter of the west side, while 2 Pied, and a White Wagtail, and 8 Goldfinches also stayed briefly. 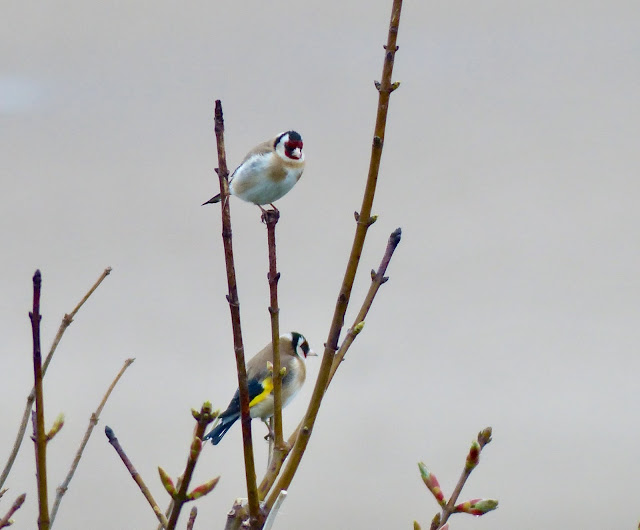 Brent are still around, 95 were counted on the whaleback this morning, and although waders are now much reduced in numbers seen today were a Grey Plover, 32 Ringed Plover, 30 Redshank, 35 Dunlin and a single Whimbrel. Four Shelduck were noted and a drake Mallard was by the pond. A look at the sea revealed 10 Gannets, some sitting on the sea and 22 Sandwich Terns.
Ringed: 2 Willow Warblers, 2 Linnets, 1 Wren     [ 92-19 ] Photos, Rook AEH,CJ. Goldfinches AEH