Despite the weather, today did not live up to expectation bird wise but it was beautiful day on the islands. 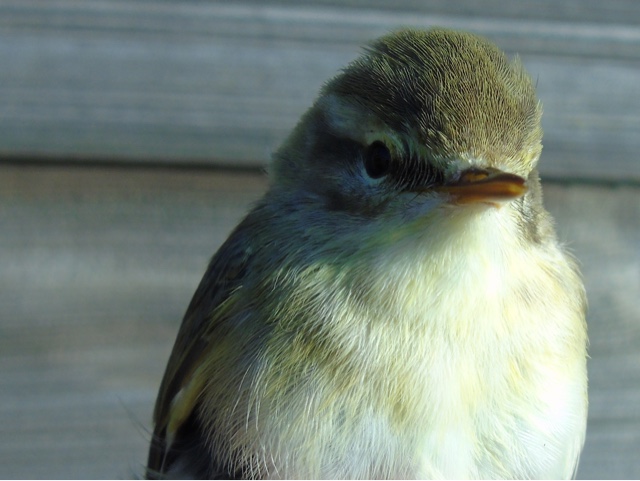 Some vis mig occurred with 12 White Wagtails noted along with 6 Swallow and 3 Sand Martin as well as 2 Reed Buntings and 2 Woodpigeon.
Two Willow Warblers (above) and single Chiffchaff, Goldcrest and Wren were caught and ringed but more interestingly  three Meadow Pipits were re-trapped including two birds ringed on Hilbre in 2013 that were just starting to get into breeding condition.
A single Little Egret(below) was noted along with 2 Grey Heron and 120 Pale-bellied Brent Geese were still present. Two Teal were noted. 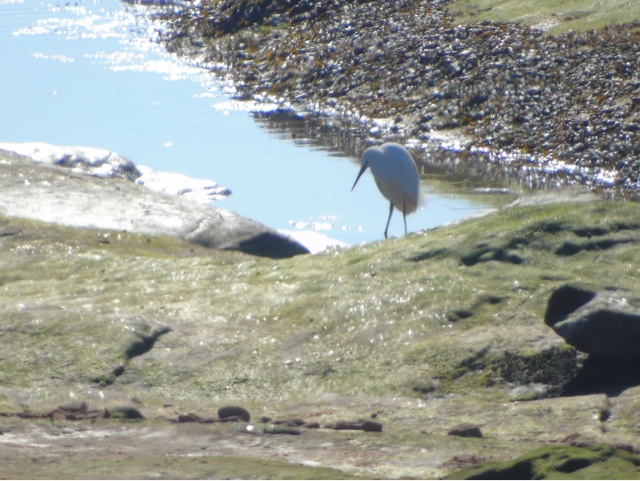 Some of the island's Thrift was just coming into flower and with the day warming up it felt more May than early April. 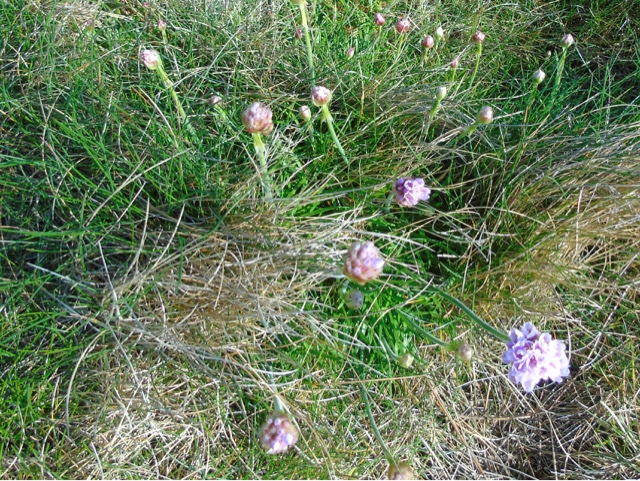