Weather: E force 0/1 with light rain and veering south to west force 2 later in the morning. 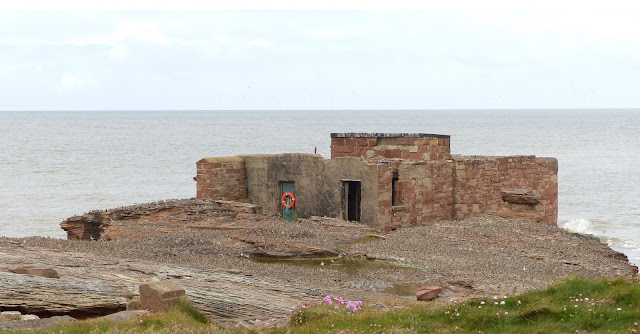 The highlight of the day was the roost of some 5,500 Dunlin spread right across the top of the island rocks west to east and cutting off lifeboat station access for observers for 3 hours over the tide (above). This was a most unusual but spectacular sight for members and visitors alike. 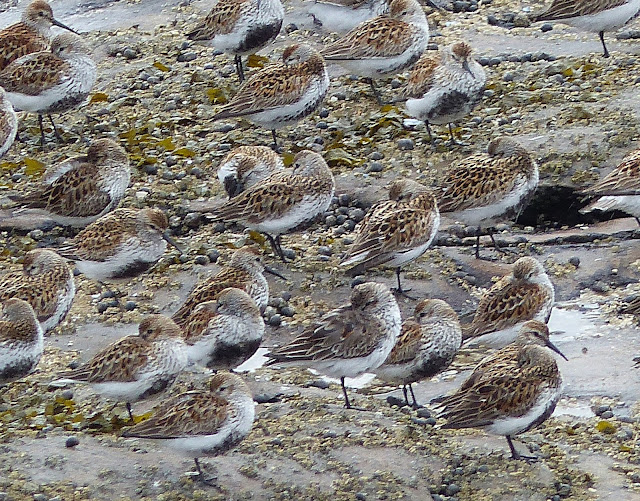 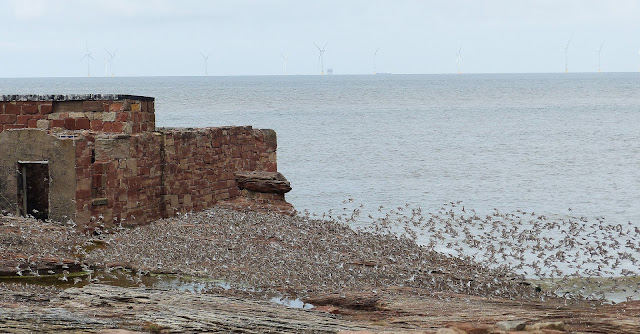 Earlier 3 Arctic Terns and a Little Gull were noted and during the tide were seen 2 Red-throated Divers, 5 Gannets, 10 Guillemots, 30 Sandwich Terns, 2 Common Scoters, 2 Great Crested Grebes and a Red-breasted Merganser. As the tide flooded a pair of Eider (below) drifted off the east side, while about the island 17 Whimbrel roosted. 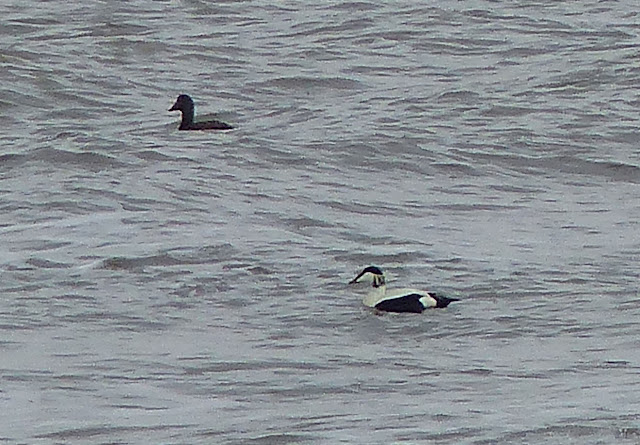 In the morning 2 Willow Warblers were around but had left by midday and other migrants included 11 Goldfinches early in the day, a Skylark passing over, a small number of Swallows and 2 House Martins passing through, and a Grey Wagtail setting down for a few moments before being seen off by a Pied Wagtail.
Ringed: Nil     photos  CJ
Posted by Colin Jones at 17:44