The strong winds of the last day or so have encouraged birders to take to the coast of Wirral in search of sea birds. A short visit to Hilbre this morning produced 31 Leach's Petrel and a Fulmar, all before 08.15. An afternoon visit over the tide found the flow of  Leach's petrels had slowed to a total of 18, but the highlight of the sea watch was a group of 5 Black Terns passing close to the north end and a Black-Throated Diver flying to the west of the observers. 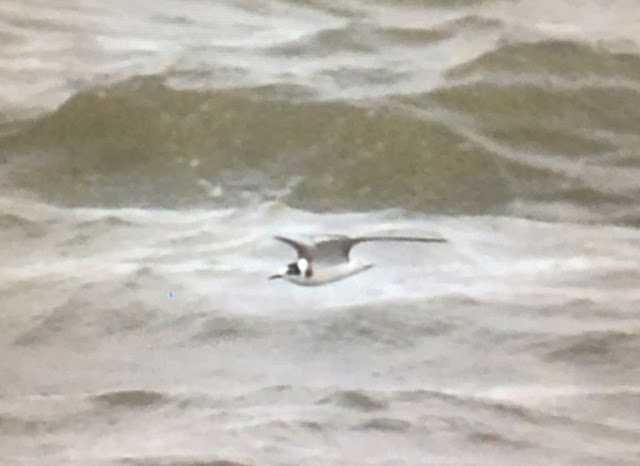 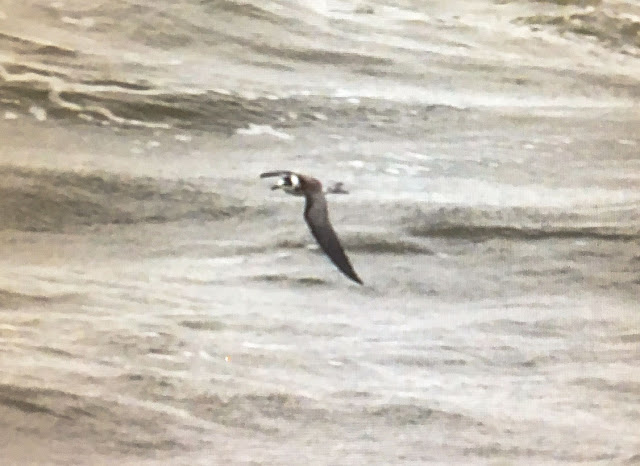 Others on the sea were 3 Arctic Skuas, 3 Manx Shearwaters, 4 Gannets, 50 Great Crested Grebes, and 2 Kittiwakes. There are still many terns in the area, 175 Sandwich and 25 Common, also Common Scoter seem in good numbers with 600 estimated passing to and fro in the direction of the wind farms. On the way to the island a Great Crested Grebe was found exausted on the rocks by Middle and was taken into custody by obs members and kept warm and dry until the tide was high enough to release it at the north end. 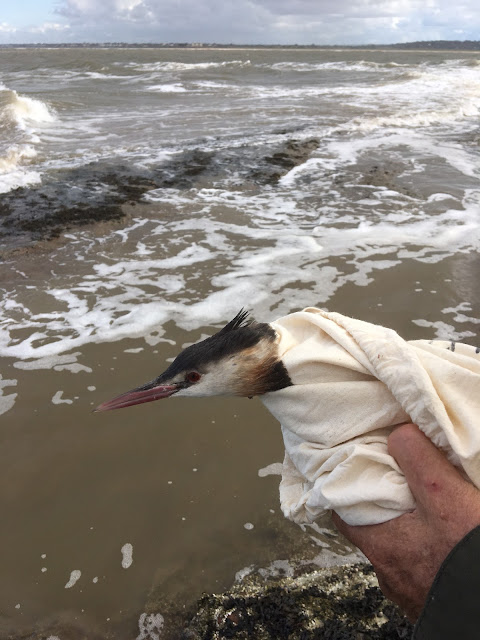