Weather: WSW force 3, rain dying out early in the morning 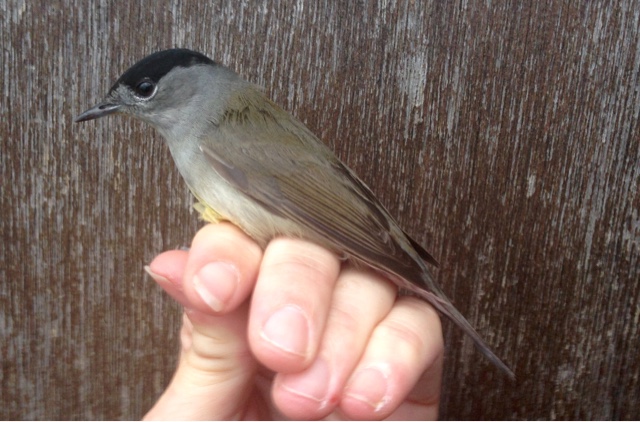 A quiet morning with only 3 Goldcrests on, at least 2 of which were ringed here a few days ago, although a Chiffchaff and 2 late Willow Warblers were a surprise to see. A male Blackcap was found in the Newton trap, a species which has been particularly scarce this year at Hilbre. Three Wheatears were on the island and passing through were 25 Goldfinch (including a flock of 15), 2 Skylarks and 2 Grey Wagtails but no Swallows. A Common Sandpiper was seen between the islands late morning (most records of this species are in spring). Other records today were 1,000 Common Scoter, 4 Great Crested Grebes, a Gannet, a Guillemot, 59 Shelduck, 150 Curlew, 4 Bar-tailed Godwit, 4 Sanderling and 7 Little Egrets. The 2 pale-bellied Brent that have been here for a few days now have increased to 5.
Ringed: 1 Blackcap, 1 Willow Warbler         [ 571-34 ]