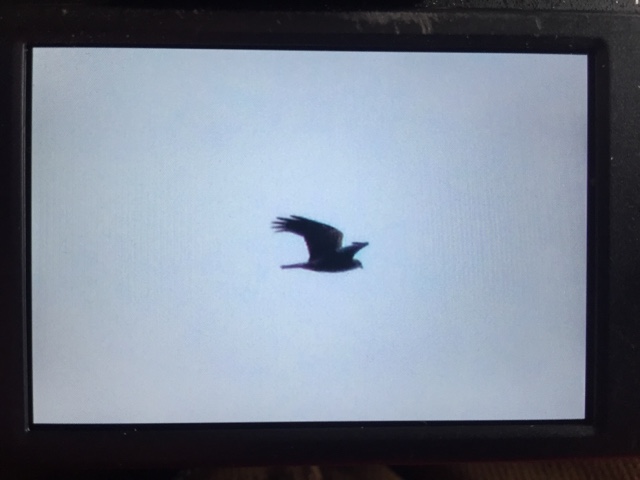 The day started nicely with single Grey Wagtails passing over both Middle and the main island.  There has been a small arrival of Robins with two new birds ringed, plus three Goldcrests on and a single Chiffchaff.

As the morning warmed up a single adult Mediterranean Gull was found off the West side feeding with the throng of Black-headed Gulls which were feeding on small fish.  A dolphin species was also briefly noted during this time but couldn't be identified.

At about 940am an explosive wagtail call was heard and immediately prompted the three members stood on the balcony to search the skies with one member remarking it sounded just like a Citrine.  All three heard the repeated rasping call and two members got onto a grey and white chunky wagtail as it flew over the Obs and off west (the theme of the day).  It was very similar in date to a previous potential Citrine (see http://hilbrebirdobs.blogspot.co.uk/2009/09/6th-september-2009.html?m=1) but that bird was never submitted; surely we will get one nailed one day sooner rather than later.  The closest we've come is one that undoubtedly flew over the recording area before landing on West Kirby/Red Rocks salt marsh (see http://hilbrebirdobs.blogspot.co.uk/2014/05/very-near-miss-ouch.html?m=1).

As things quietened off late morning a juvenile/female Marsh Harrier appeared gliding above the gutter from the North before turning west and heading over the island and the air raid shelter and you guessed it off west towards Wales.  This time not before  a record shot or two could be taken! 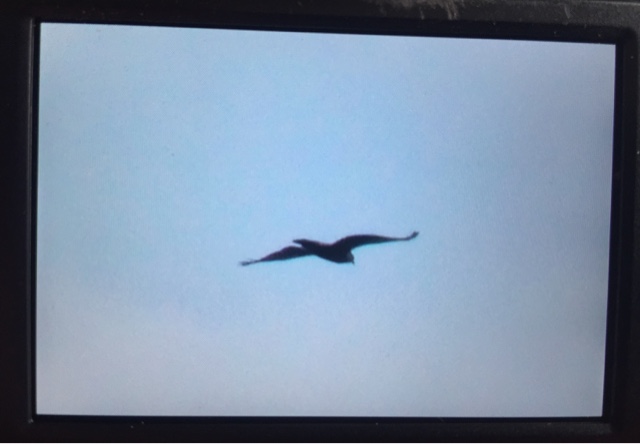