Weather: SE force 2, wind and cloud increasing from the west
Highlight of a pre-tide visit was a fly-past of Goosanders down the east side, across between the islands and away to the west. Goosanders are still a scarce species at Hilbre. 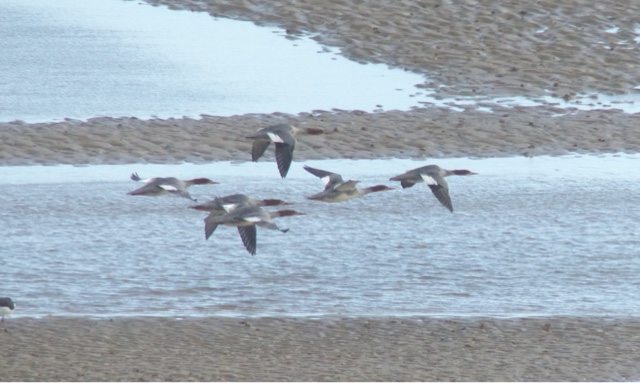 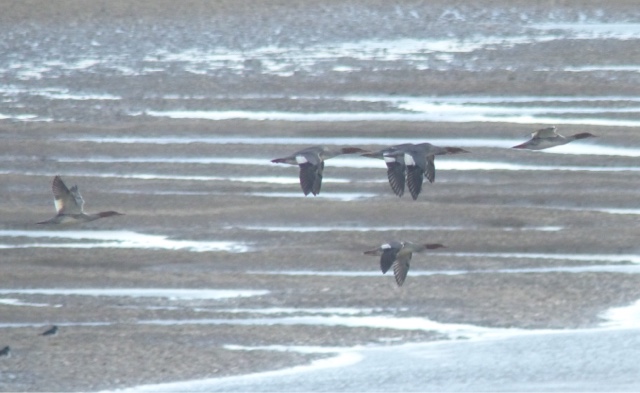 Migrants grounded this morning were 9 Goldcrests, 3 Chiffchaffs and 3 Wheatears, with passing through a trickle of Meadow Pipits, 3 Swallows and an early (for Hilbre passage) Skylark. 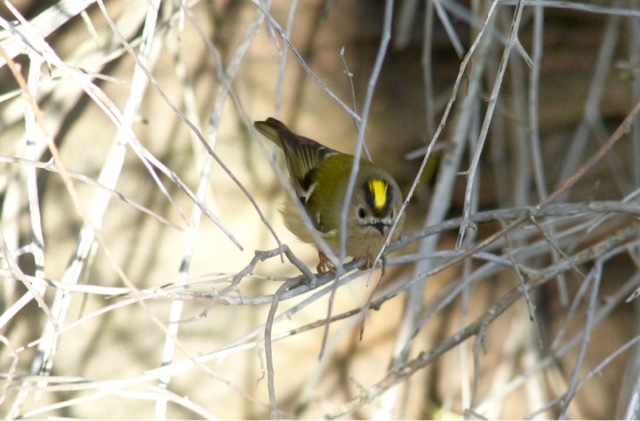 Two Kestrels flew over the island together and a Peregrine sat south of the main island early in the day. The 2 Brent were at the north end, where a single Sandwich Tern was feeding, most have now moved off south.
Ringed: 4 Goldcrests, 2 Chiffchaffs [493-32]
Posted by Colin Jones at 14:24