After a beautiful day yesterday an unpleasant feel out and about this morning. A Willow Warbler and a Goldcrest braved the conditions and made landfall on the island overnight, and later in the morning a Spotted Flycatcher was sheltering in the 'heli' trap. This is the third this autumn so far and a much appreciated visitor. 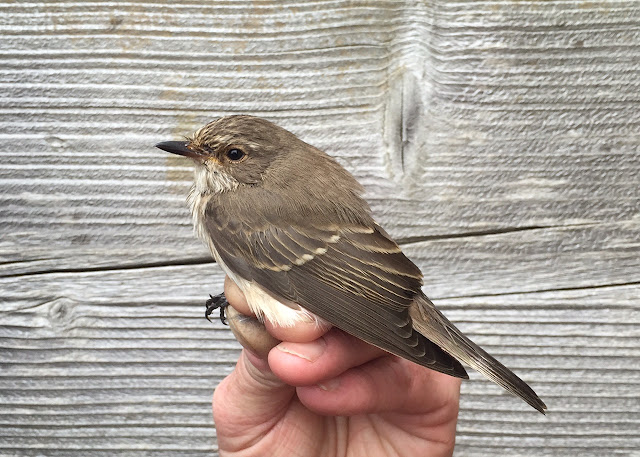 A Grey Wagtail called as it passed, while the pair of 'local' Pied Wagtails were again seen. A visit to the north end found an Arctic Skua flying east over the sea, and a  Guillemot close by observers. 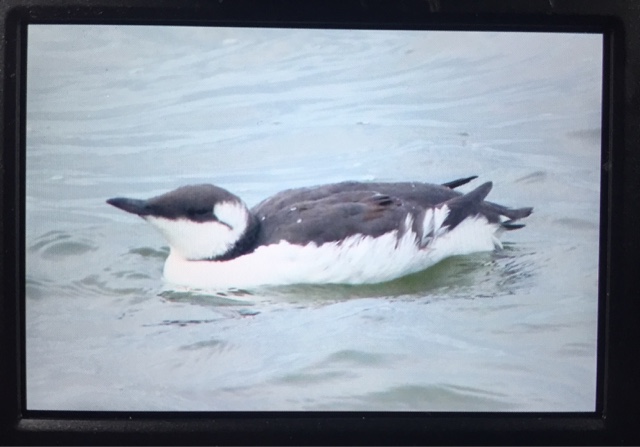 Several Swallows and a Sand Martin were swooping low immediately over the slipway to find insects and a young Common Tern was on the rocks being fed by an attentive parent. 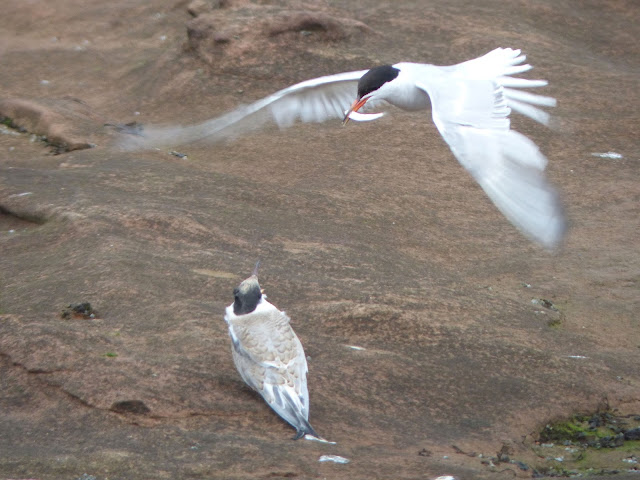 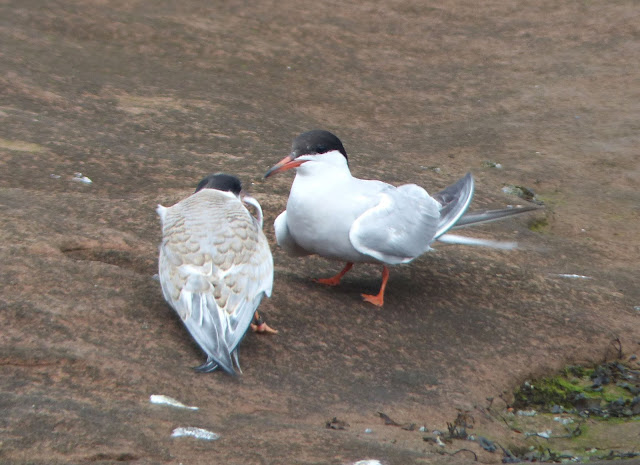 There were more Sandwich Terns about than yesterday, also a single Little Tern, early in the morning 12 Gannets were noted. There are still more than the usual number of Black-headed Gulls about the island, they seem to be finding plenty to feed on over the last week or so.
Ringed: 1 Willow Warbler, 1 Spotted Flycatcher    [ 468-32 ]
photos CJ, SRW and TGW