Weather: SW force 2, fog for the first 2 hours after dawn, then sunny 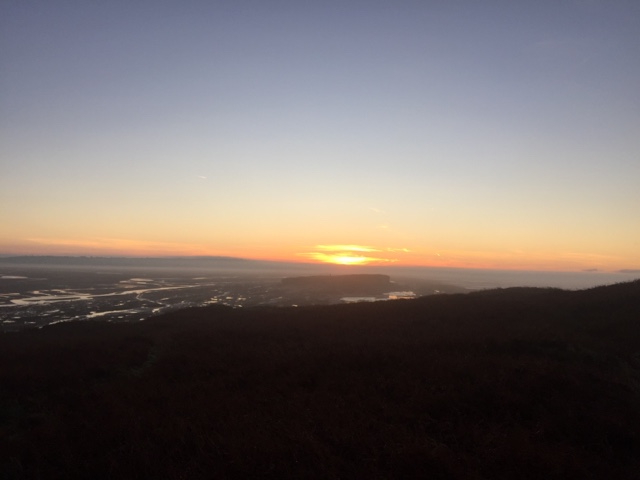 It was a pleasantly warm after the sun burnt off the fog, and the presence of a  few Meadow Pipits and a Woodpigeon made it seem almost like early spring. A Starling that sat on top of the mast may also be considered a migrant of a kind.
North Wales looked like an island itself poking above the fog just after dawn (see below). 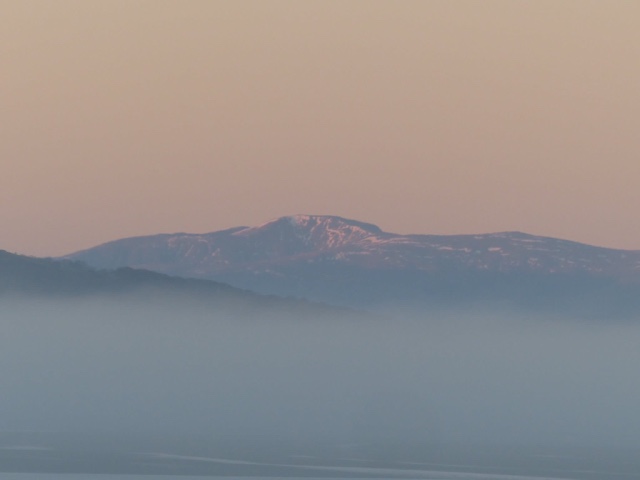 The Eiders are now down to four, they have steadily declined in numbers over the last few weeks, while other ducks today included a group of 6 Pintail flying off the west side and a female Wigeon closely passing the north end. 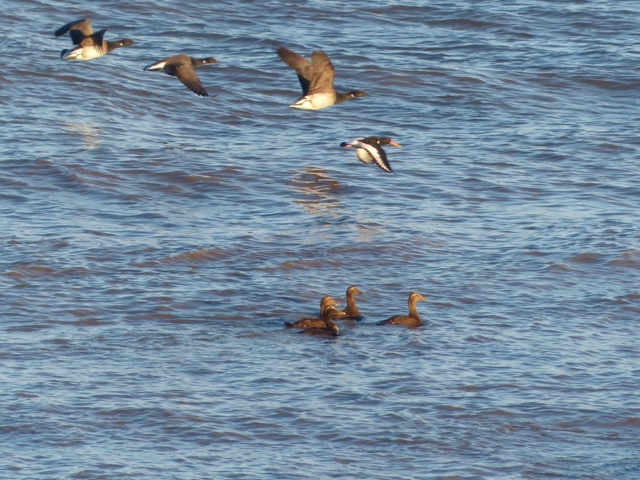 Best of the waders this morning were 269 Bar-tailed Godwits feeding on the north shore. Unfortunately no Purple Sandpipers were logged at low tide, while other wader numbers were unremarkable, although 60 Redshanks were in the east gutter until a Peregrine did a spectacular swoop to reduce them to 59.
Also present this morning were 250 Brent, 18 Shelduck, 2 Great Crested Grebes, 40 Common Scoter, 1 Little Egret, 1 Grey Heron, and of course the regular small semi-residents on the island including 6 Robins, 4 Song Thrush, 1 Blackbird, 5 Wrens and a Rock Pipit.
Meanwhile, the maintenance team took the opportunity to make some much needed repairs to the ringing room roof. 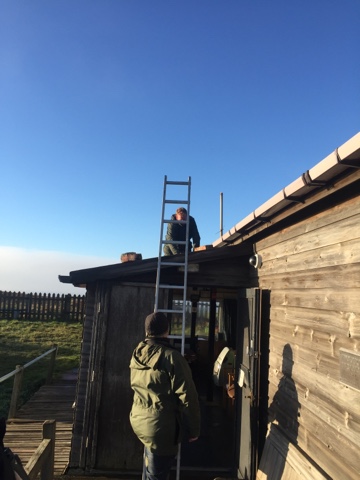