The following link is an obituary for Tim Cleeves who sadly passed away in the early hours of Saturday 16th December 2017.
http://bit.ly/2yXNbLX 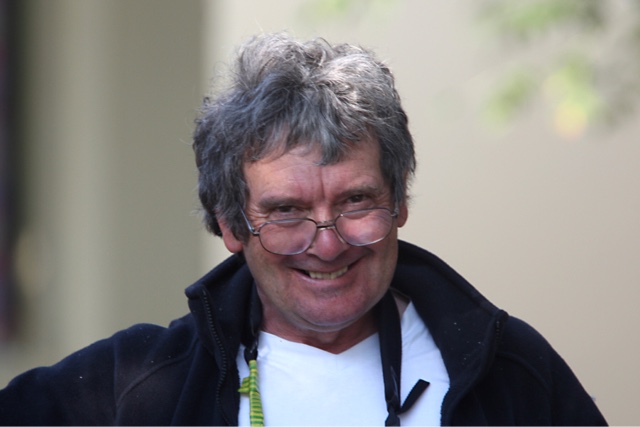 (Photograph by BSB)
Tim was warden of Hilbre Islands LNR between 1977-1981 and was a great friend to the Obs and many of its members.  "The big one travels alone" has certainly become part of the Obs' parlance each year to keep us going during those quiet days (and weeks!) and it will forever be remembered in Tim's broad Bristol accent. 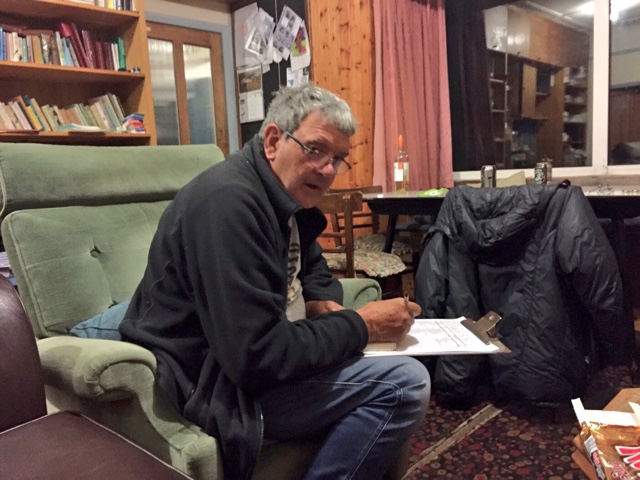 (Photograph by SRW - Tim doing the log call during his last visit to Hilbre in September 2016)
The obituary is written by Obs member Andy Stoddart and published on the Rare Bird Alert website; Tim was a big part of the rare bird scene in the UK for many decades.
Our thoughts are with Tim's wife Ann and their two daughters Sarah and Ruth and his grandchildren.
Posted by Hilbre Steve at 11:07