As is often the case at this time of year, today was almost an action replay of the last visit although Purple Sandpiper had increased to 10 and 5 Swans were seen over the West Hoyle but too far distant to identify.
Seventy three Common Scoter were on the sea and a Great Crested Grebe flew low over the South end of the island but was the only one noted. Five Eider are still present, 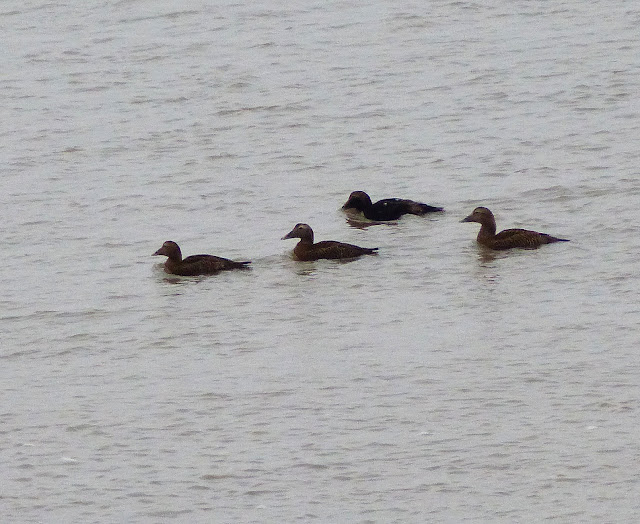 Over the tide 9,000 Oystercatcher roosted around the islands with one near the lookout which seemed to have a damaged wing. 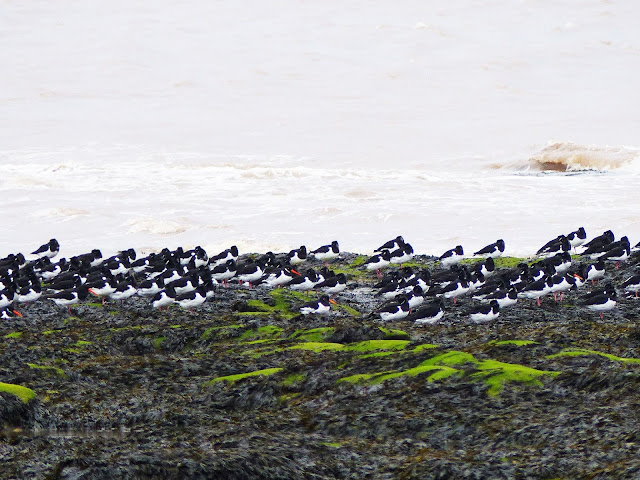 Over towards the shore were 103 Shelduck  and as the tide ebbed 73 Sanderling, 248 Dunlin,  68 Turnstone and 50 Redshank were in and around the gutter, with a single each of Knot and Grey Plover.
There was a female Blackbird on the island with 3 Songthrush, 8 Wren, 5 Robin and a Rock Pipit.