A Wheatear was ringed today, a bird in plumage that most have never seen. It was a nominate race, first year bird that had just started its post juvenile moult, the picture shows its robin like spotty plumage. 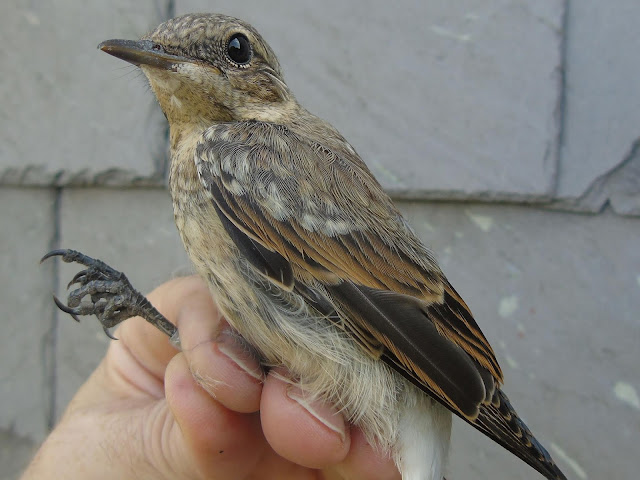 There was a single male, scoter lounging at the North End before the tide and a little egret fishing there after the tide. 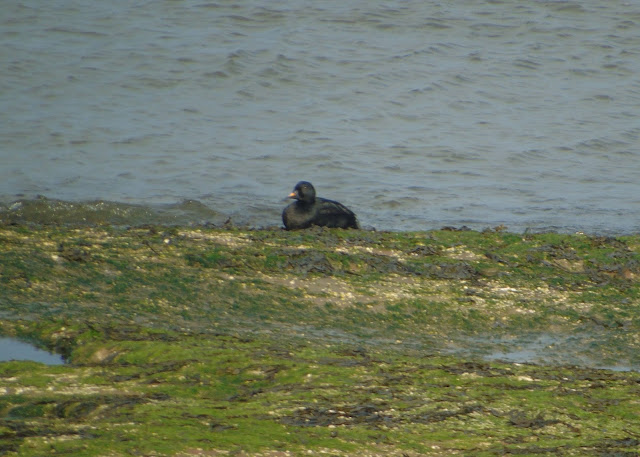 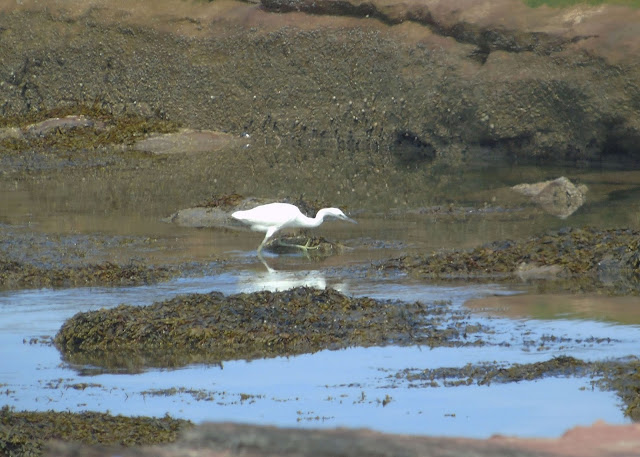 There were a lot of sandwich terns flying past during the tide with food for their young, arouind 200 but it could have been more.

There were 5 Pied Wagtails including this juv in the picture. 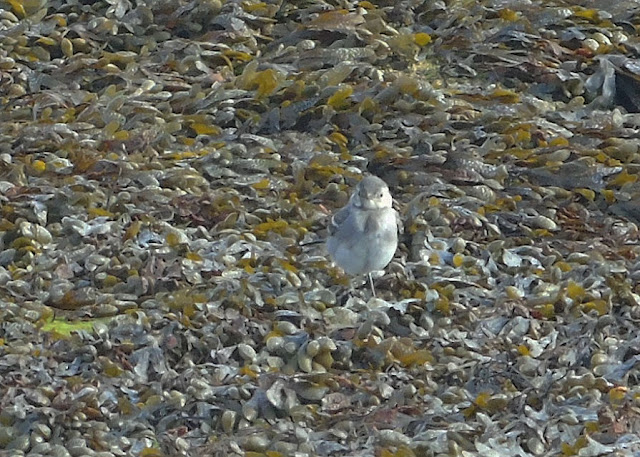 There were plenty of butterflies, the nicest being a comma. Only 69 Grey Seals could be counted.