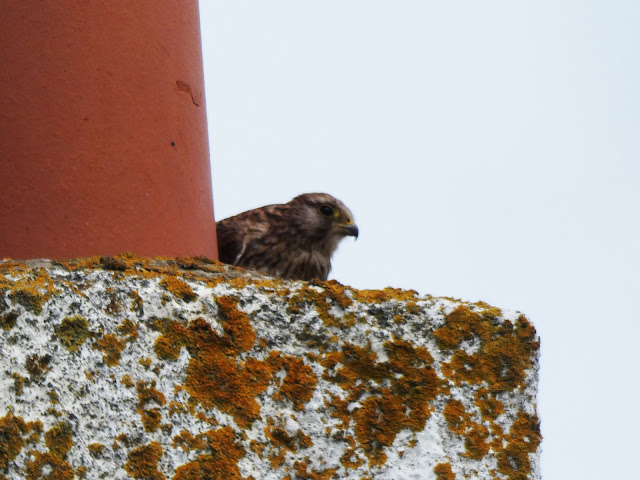 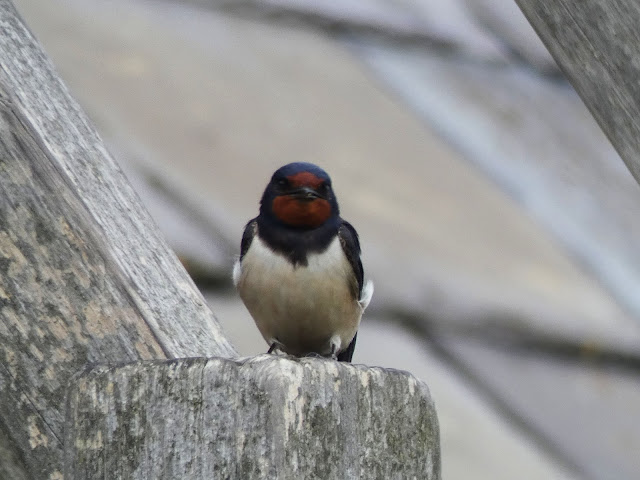 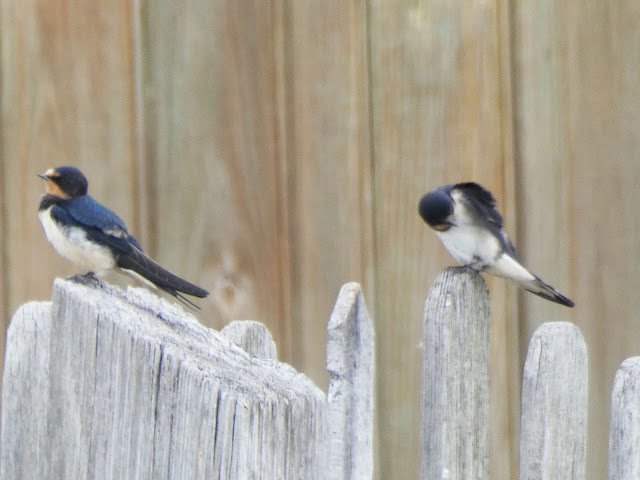 as did the vocal Sandwich Terns seen all around the islands and shore. A sea watch over the tide produced 40 Gannets, 3 Great Crested Grebes, a siongle Guillemot, as well as hundreds of terns, mostly Sandwich. A male Common Scoter was between the islands as the tide ebbed and 5 Whimbrel were on the rocks. Despite the overcast conditions butterflies on the wing included Painted Lady, Red Admiral, Ringlet and Green-veined and Small Whites. 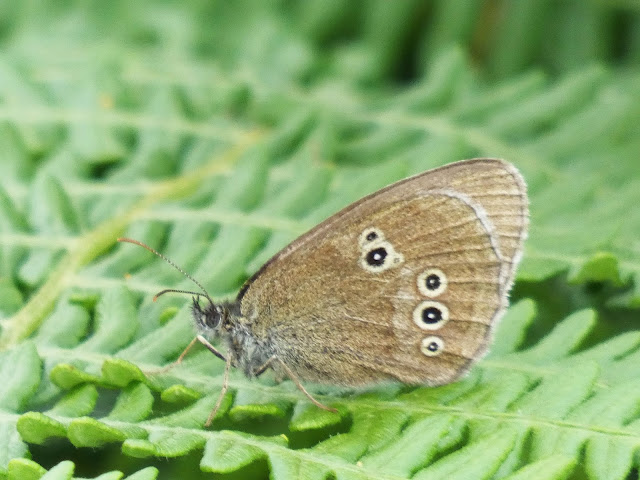 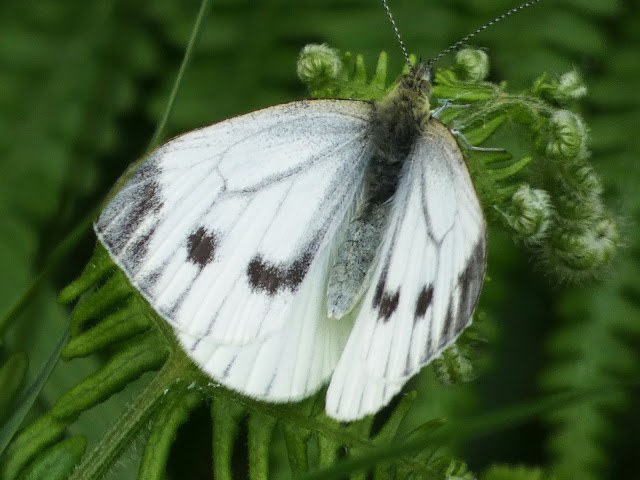