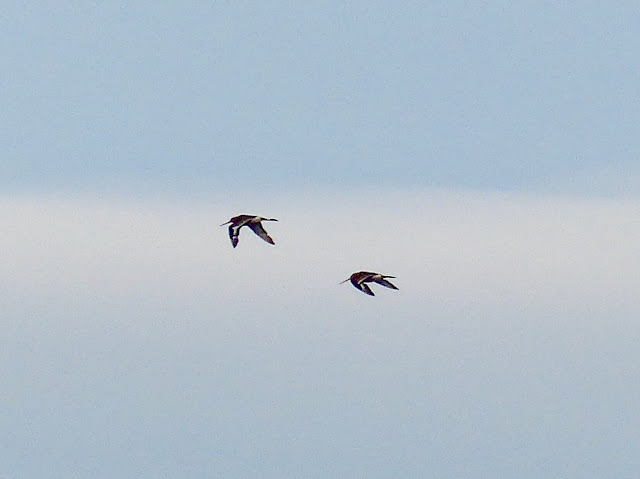 Other waders present included 10 Whimbrel roosting on Middle with a total of 18 recorded, 35 Curlew, a few each of Dunlin & Redshank, 2 each of Turnstone & Ringed Plover. 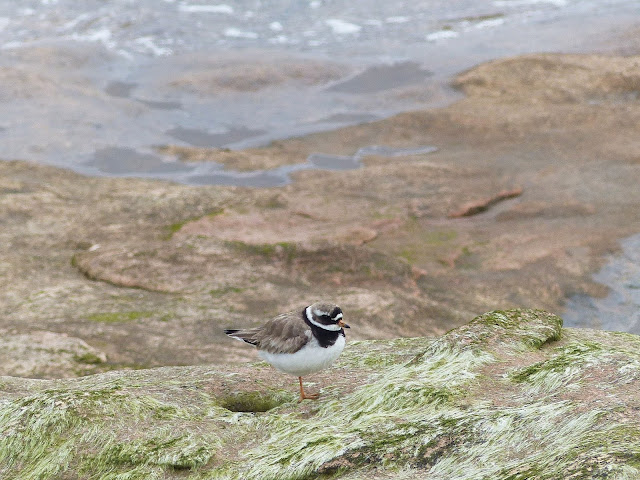 A single summer plumage Knot came down in the Gutter after the tide. 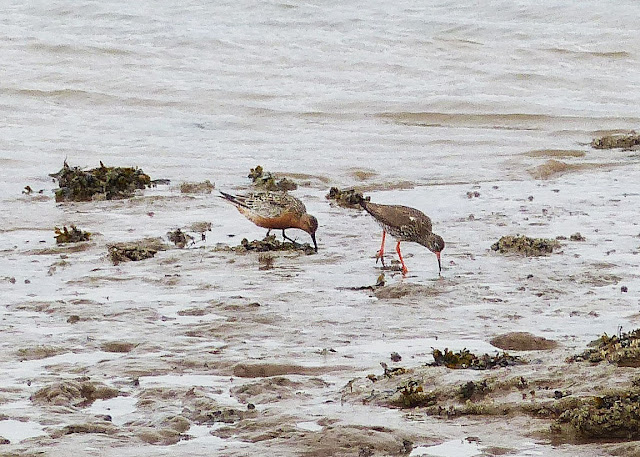 Four Goosander were on the sea close in to the west side and flew off up the estuary, 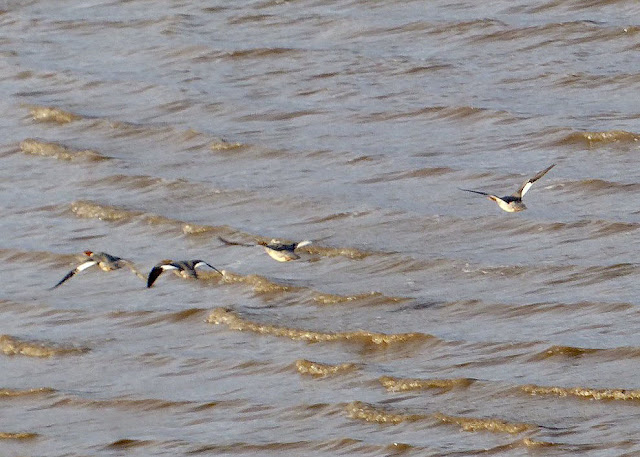 followed by 2 Shelduck later.
Over 500 Sandwich Tern were around the islands and a brief sea watch found 8 Gannet, 5 Common Scoter, 3 Great Crested Grebe. 5 Little Egret and a Heron were recorded.
In addition to the regular island birds, a juvenile Blackbird was in the Obs garden, a Willow Warbler was heard singing and it turned out that 2 were present. 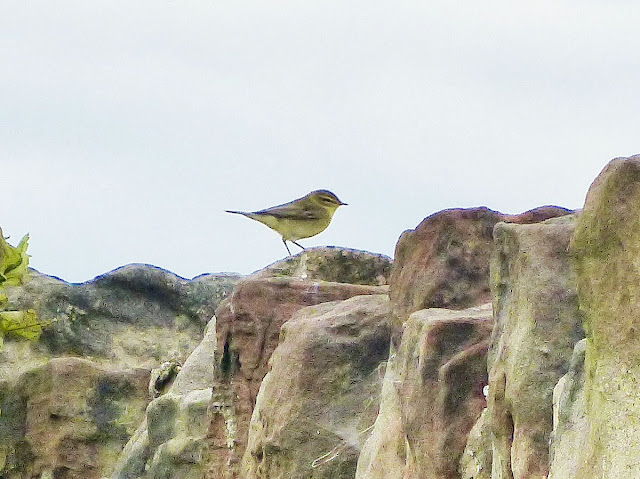 a Swift passed over and the Magpie is still about. Tea time scored again when 3 Raven were spotted over Middle, they eventually flew low down the west side of the island, returned whilst tea break was still in progress and disappeared south.
There were at least 25 Emerald Damselfly around the pond but probably quite a few more, keeping low as the wind freshened. 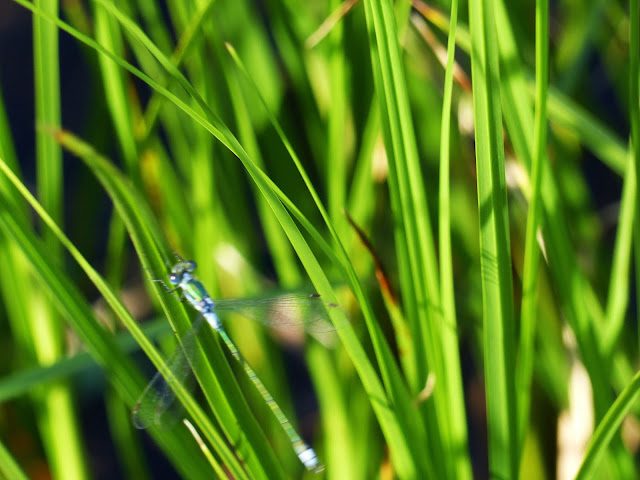