Two Mute Swan flew west just south of Middle Eye as an observer approached the islands, the female Eider and a male Common Scoter were at the North End, with singles each of Little Egret and Grey Heron present. Only 2 Common Tern and 32 Sandwich Tern were noted. 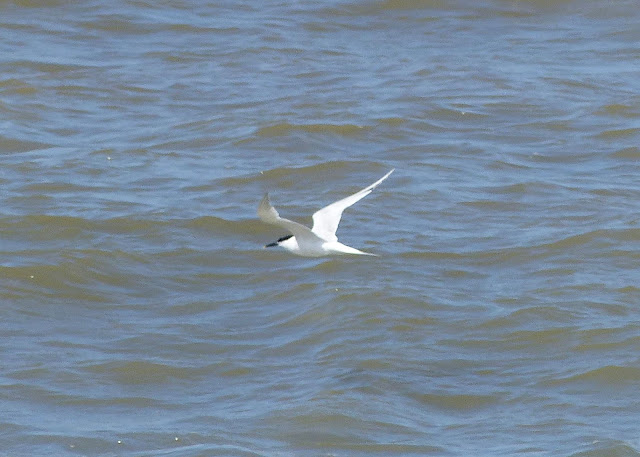 A good number  (77) of Redshank for the time of year flew around the island for much of the tide but finally settled on the east side. 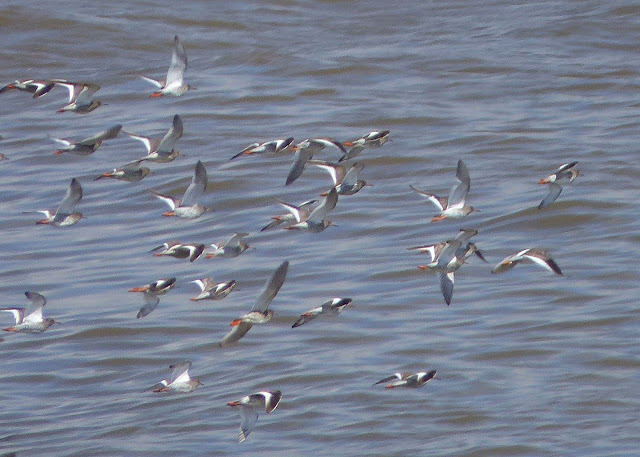 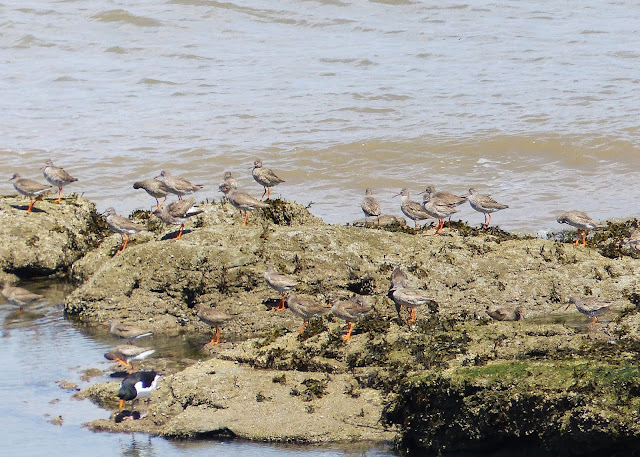 Also noted were 5 Dunlin, 28 Curlew and 650 Oystercatcher.
There was a Kestrel about and also a Magpie, possibly the same one that has been reported on the last few visits. 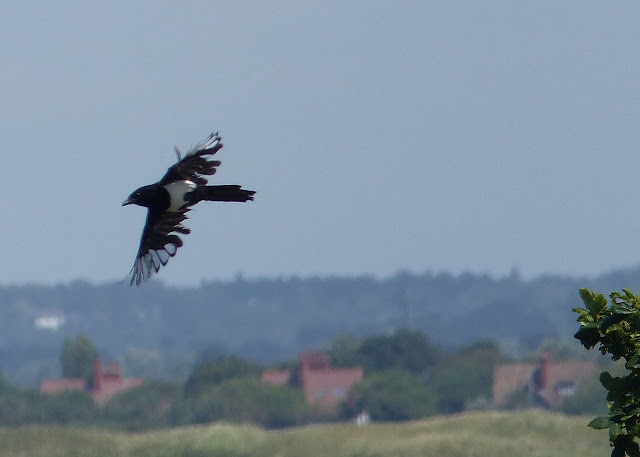 Butterfly records included 6 Painted Lady and singles of Common Blue, Small Tortoiseshell and Red Admiral. Three frogs were seen in the lower paddock.
Photos AS
Posted by Colin Jones at 16:18