A stiff NW breeze greeted observers who followed the tide out for a brief visit. Bird wise it was very quiet but 21 Manx Shearwaters were seen as the tide receded. Wader numbers were low with just 350 Oystercatchers being recorded & 3 Curlew. However, the1st returning Whimbrel off the autumn dropped in at the north end. The resident male Common Scoter was also seen. Back-headed Gull numbers continue to increase along with an increase in Lesser-black backed Gulls. 124 & 63 were record respectively.
The pyramidal orchid was still flowering and  Rock-sea lavender & Rock-sea Spurrey are also now in flower. 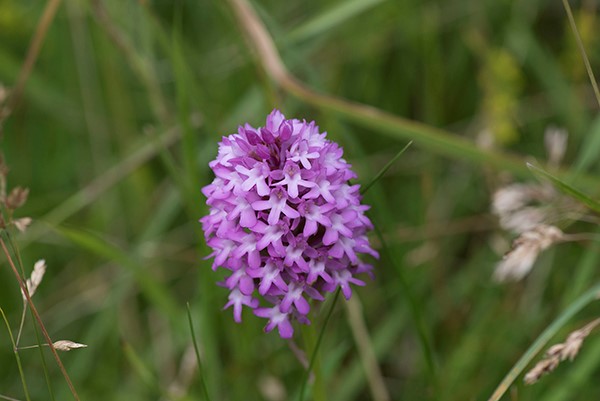 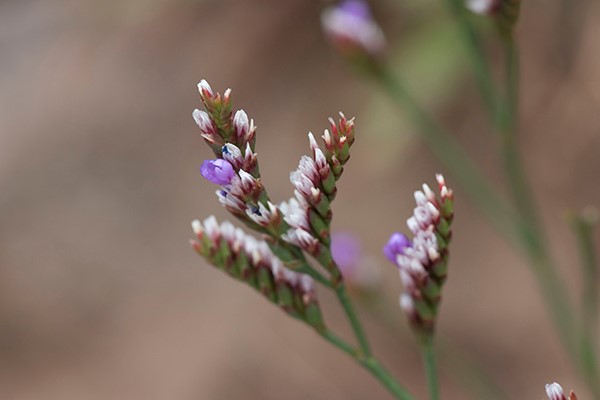 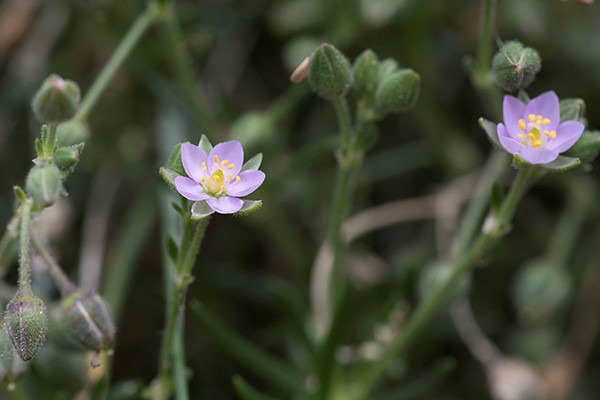