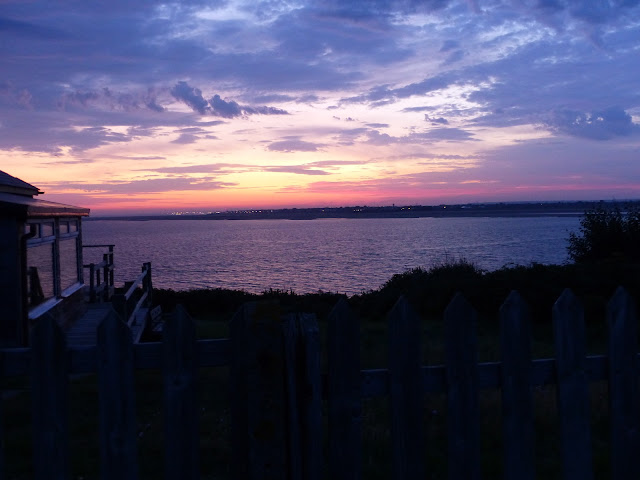 A small drift of migrants arrived this morning, chief amongst which was a Spotted Flycatcher around the gardens for a while and a Whinchat which quickly disappeared. A dozen Willow Warblers feeding was the best number for a while.  Three Reed Buntings were noted also a couple of Wheatears, while the Whitethroat that has been here for some time was retrapped. An immature Sparrowhawk was flushed from the wall behind the lookout and was seen a few times in the next hour, the Kestrel was also present. An unusual sight was a flock of 10 Grey Herons flying west, although the 7 Little Egrets is now normal for this time of year. 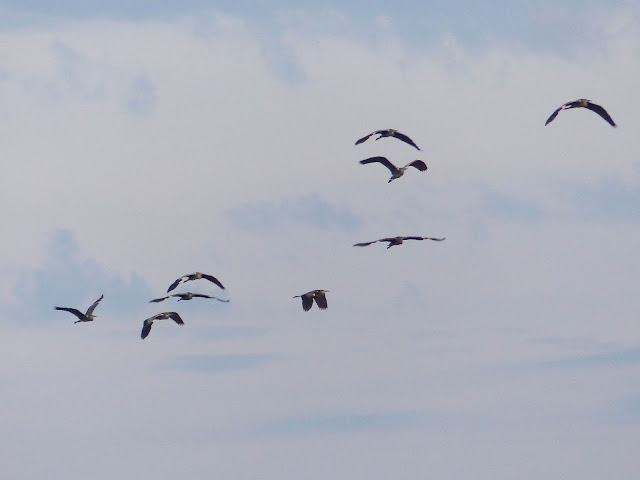 The tern flock still is numbered in the hundreds, more than 4 out of 5 of them being Sandwich Terns. The lovely weather brought out a massive number of butterflies, many attracted to the Apple Mint where clouds of Painted Ladies, Small Tortoiseshells and Red Admirals made a spectacular sight in such close proximity. 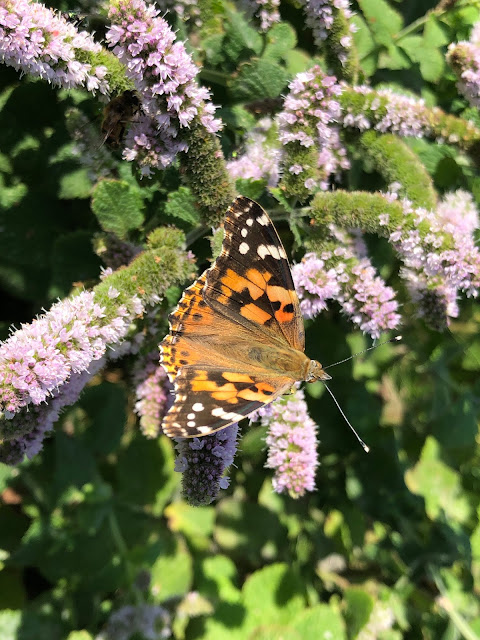 Also an Emperor Dragonfly and a Wheatear were noted. 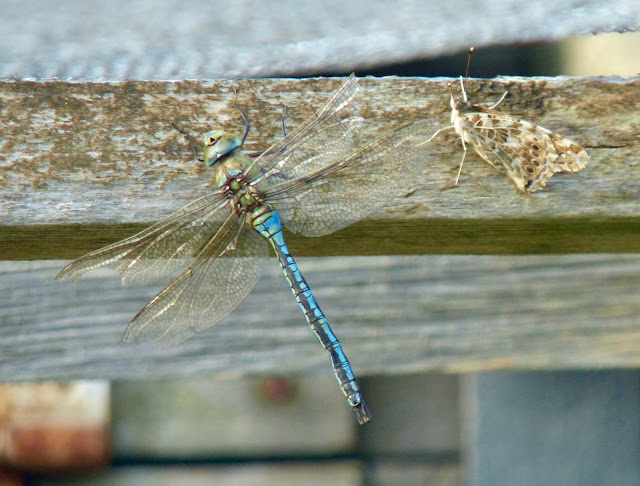 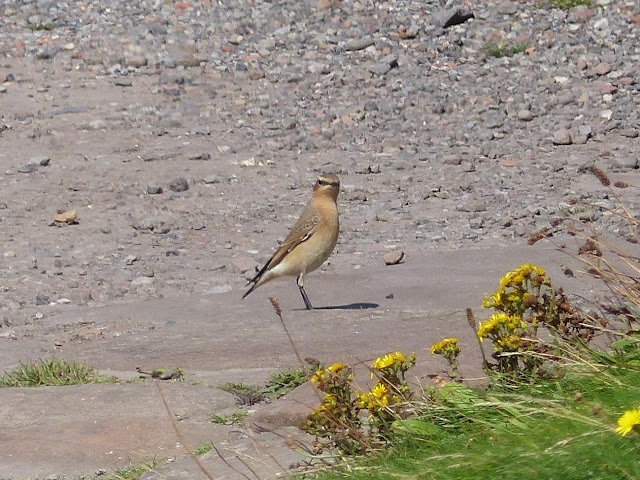