A lovely late August morning produced a small fall of Willow Warblers (10 birds present) along with a single Goldcrest and 2 Wheatear down on the island.

The highlight of the day was a Spotted Flycatcher which was noted first in the Old Obs garden, then briefly around the 'construction site' before moving to the Heli where it was trapped and taken back to the Obs to be ringed. 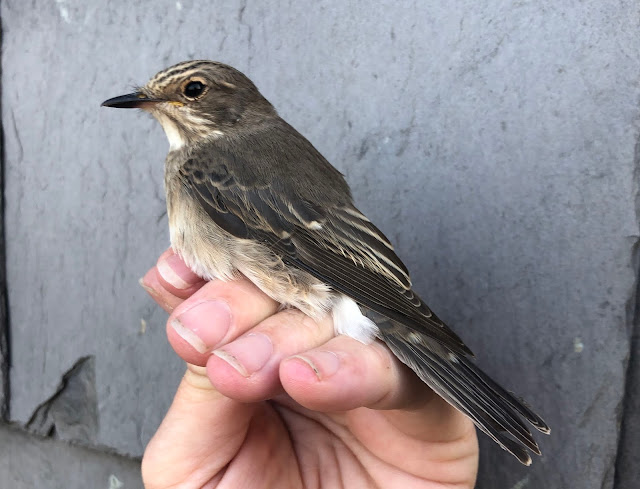 A flava Wagtail called and was seen heading over the island off south and the Magpie was recorded again.

With no public visitors to the island (because of it being shut following the fire) 30 Cormorants had taken to roosting at the North End undisturbed by day trippers.

It was the quietest August bank holiday ever on the main island with it being shut to the public.