Weather: W force 3, NNW midday, then E 4 later
A day dedicated to finishing off the roof repairs and thankfully it was warm and dry. 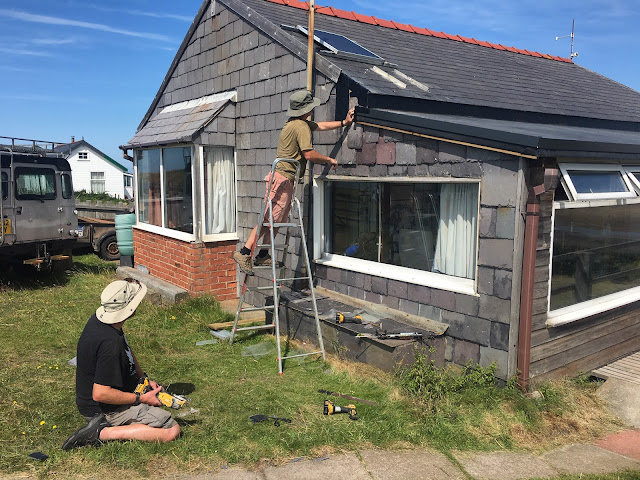 Wildlife interest was mostly of the insects, appearing in good numbers because of the improved weather. Two Emperor dragonfly were the most spectacular. 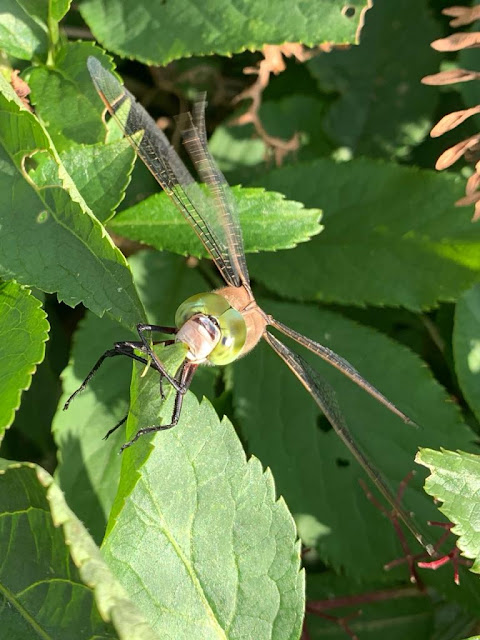 The long list of others included butterflies such as 83 Painted Ladies, 14 Common Blues, 13 Small Whites, 7 Peacocks, 3 Small Coppers and a Gatekeeper, also 10 Large Yellow Underwing and 2 Magpie moths. A Common Whitethroat appeared in the trapping area, but no other warblers showed up. 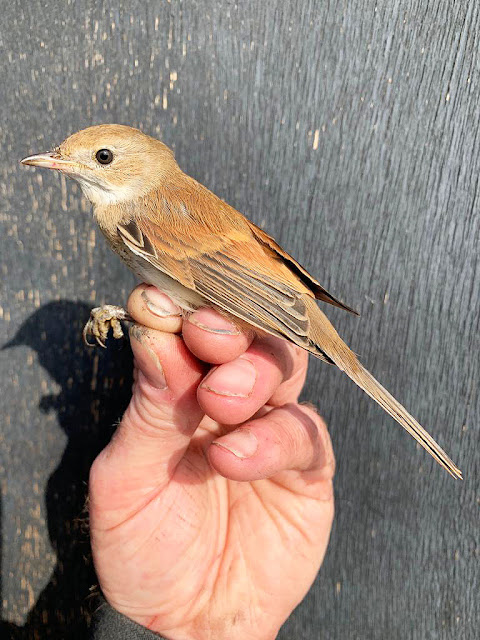 A Magpie arrived in from the north at 18.00 hrs, while also later in the day 2 Kestrels were present.
Waders and terns were in good numbers; 350 Sandwich and 70 Common Terns, 6 Whimbrel, 224 Curlew, 800 Dunlin and 46 Turnstone. Thirty five Swallows were feeding over the island today.