The Kestrel was on the mound as the first observer arrived. 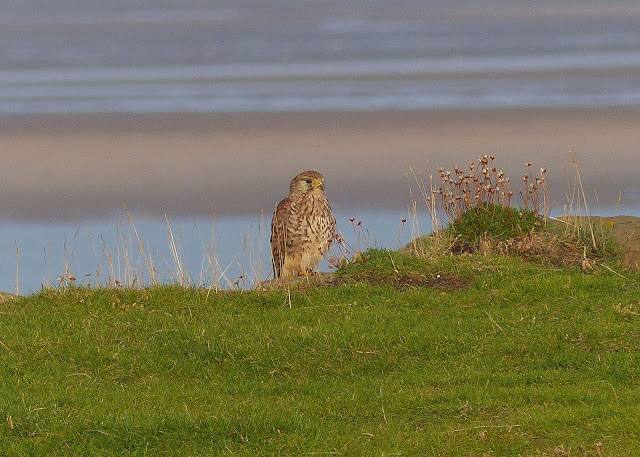 Four Black-tailed Godwit were on the North End briefly, 40 Knot flew over the island, small numbers of Ringed Plover, Turnstone, Redshank, Whimbrel and Curlew were about along with a flock of 110 Dunlin. 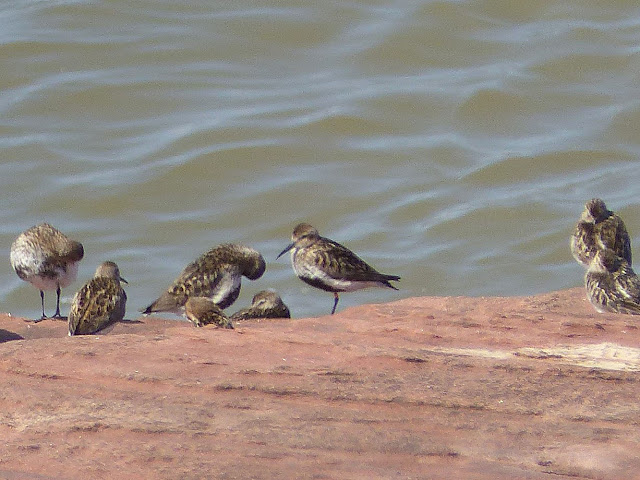 A Garden Warbler in the lower paddock was a nice surprise, 6 Willow Warbler were also present with half of those arriving late afternoon. Four Pied Wagtail were at the North End, 2 of them juvenile birds. 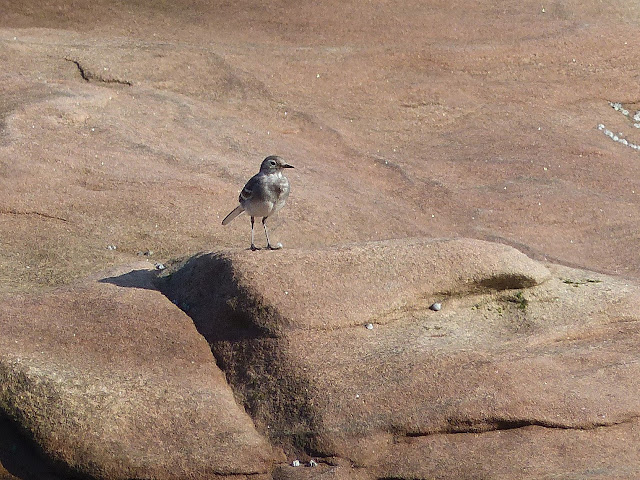 As on the mainland, there was an influx of Painted Lady Butterfly, with 40 on Middle and 80 on the main island, with large numbers of those on the Privet and Mint. 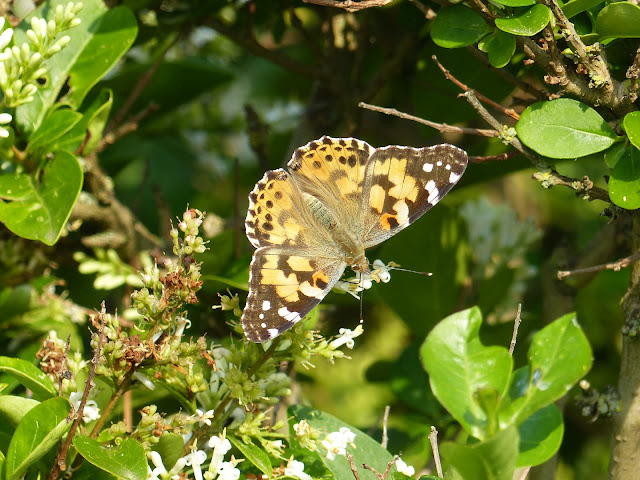 Other invertebrates noted included 19 Peacock Butterfly and a Magpie Moth. 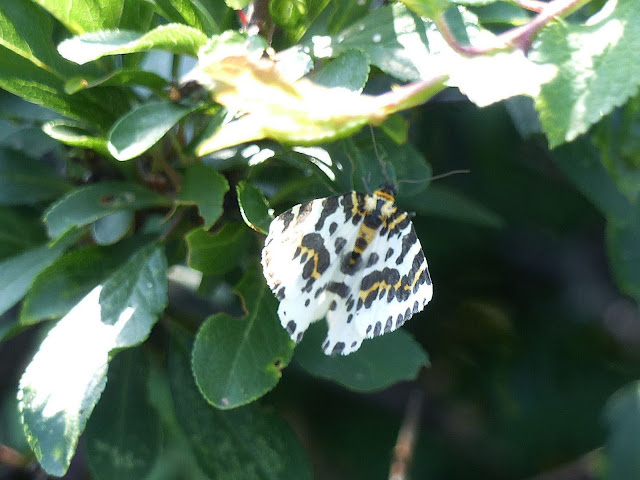