The best migration day of the year - so far! Conditions were ideal with a light south easterly with mist and drizzle early morning to help bring the birds down to make the diurnal migrants visible to observers. Far and away the most numerous were Meadow Pipits (1150 counted) which passed south all day and could be seen approaching from the north west over the sea. 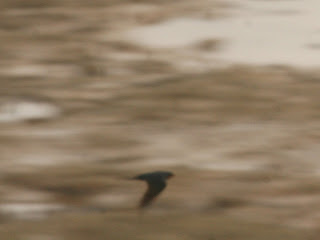 Highlight for many however were the 5 Swallows (left) that passed at intervals in singles during the day, and the 7 Sand Martins that were more expected at this early point of the season, both 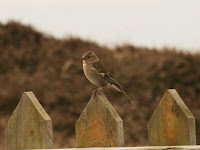 species being the first seen this year. Two Chiffchaffs were around the trapping area with several finches (5 Greenfinches, 5 Goldfinches, 2 Chaffinches (right), 10 Siskin) also down or overhead.
Others moving through were 33 Starlings, 7 Skylarks, 3 White and 30 Pied Wagtails also a Reed Bunting. 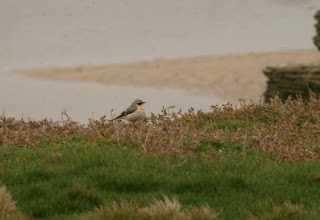 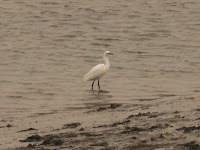 Three male (left) and a female Northern Wheatear stayed for most of the morning, while a Little Egret (above) dropped into the east gutter, this being the first seen this year !
A surprising find was a group of 4 Tufted Duck that flew passed observers south of Middle early morning, the only other duck today were 4 Wigeon going south-west mid-morning. Geese were represented by 2 Greylags and the wintering Brent (112 today including 2 dark-bellies).
The run of Little Gull sightings continued when c.50 appeared off the west side again at half tide and then promptly did their vanishing act before they could be pointed out to visiting birders. 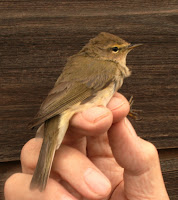 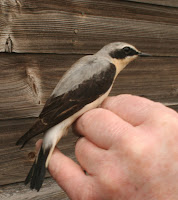 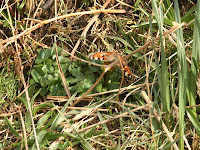 Another first for the year today was a showing by a Small Tortoiseshell butterfly in the obs garden when the afternoon sunshine made the day warm (right).

I was especially interested to see your counts of migrants today - I had similar numbers of Meadow Pipits passing through the Point of Ayr this morning (presumably many the same birds)...also good numbers of Wheatear and Greenfinch.

Chiffchaff are all along the Welsh side of the estuary at the moment too...