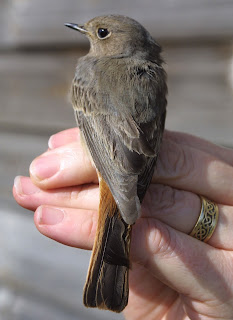 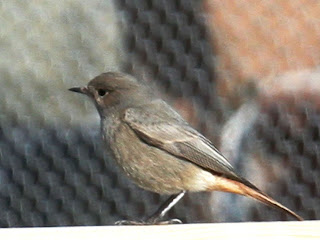 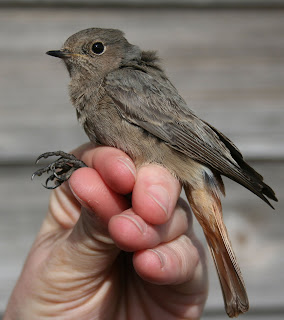 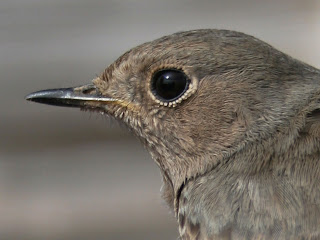 A Black Redstart was found early this morning on the fences around the obs, it was not trapped and despite appearing to move further up the island, so far it cannot be relocated.
Other news updates is that the two ringed Wheatears from Thursday are still present, and a Chiffchaff was singing on the island.
On the sea were 32 Little Gulls and 7 Gannets.
Latest:- 10.30 hrs. The Black Redstart (above) was re-found, trapped and ringed in the Newton heligoland and found to be a a first year bird.
(CJW et al, SRW) [41] photos CJW
Posted by Colin at 10:40