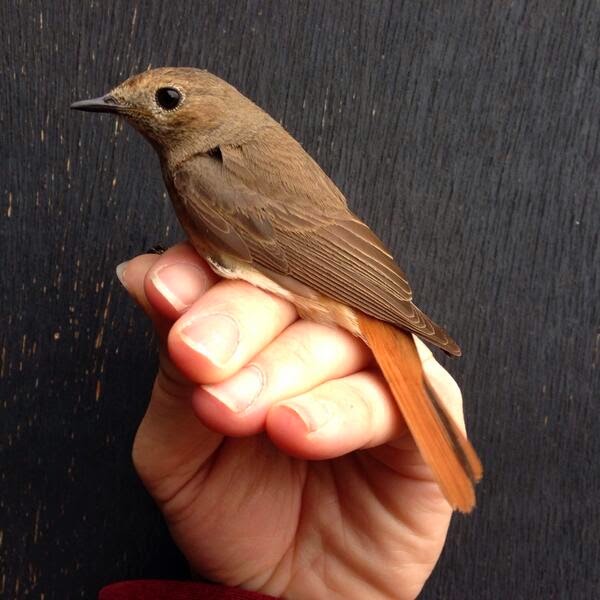 Another Redstart to begin the month as April has left off (right), and a second Garden Warbler for the spring, this time seen in the afternoon but not ringed. Willow Warblers were in small numbers (8), also a single Chiffchaff. Surprisingly 9 Greenland Wheatears were on Middle island in the morning, at a time when none were on the main island, although 3arrived later. Forty two Swallows were the only hirundines passing through today, and just 2 White Wagtails were seen. About 1,200 Oystercatchers remain while most have gone to their breeding grounds, likewise there were still 1,000 Herring Gulls noted off the west hoyle bank, and 18 Whimbrel are still present, also a count of 25 Ringed Plover.
Ringed:- 5 Willow Warblers, 1 Chiffchaff, 1 Redstart, 1 Robin.     [ 483-28 ]
(DCT,NDW,PT+1, et al)
Posted by Colin at 12:37