The highlight of the day was not seen from the island - a Great White Egret was watched from Red Rocks (by JET) as it dropped west of Middle Eye but unfortunately could not be relocated once the news reached the island. This will be the fifth Great White Egret for the islands (all since 2009) of this increasing species.

A single Woodpigeon flew through and a singing Skylark on Middle briefly raised hopes of a return of this formerly breeding species on the islands.  More successfully a juvenile Blackbird was caught and ringed, the first of a few this year no doubt.

Insects and in particular butterflies were much on the agenda today a beautiful spring day on the island. Highlights were the first Common Blue of the year (a male) and also a male Orangetip, also the first for the year. Others included the same Wall as yesterday. 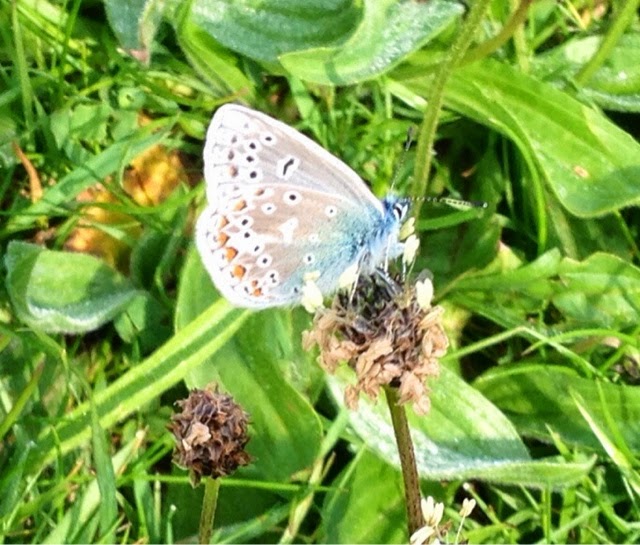 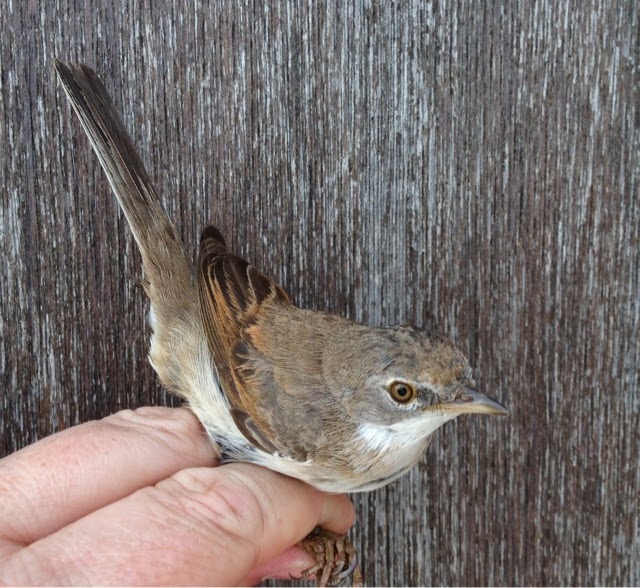