The day started well with the weather looking good and expectation typically high.  A couple of Willow Warblers and a Whitethroat were found on the first round with a single Willow Warbler caught followed shortly after by a stunning Wood Warbler. 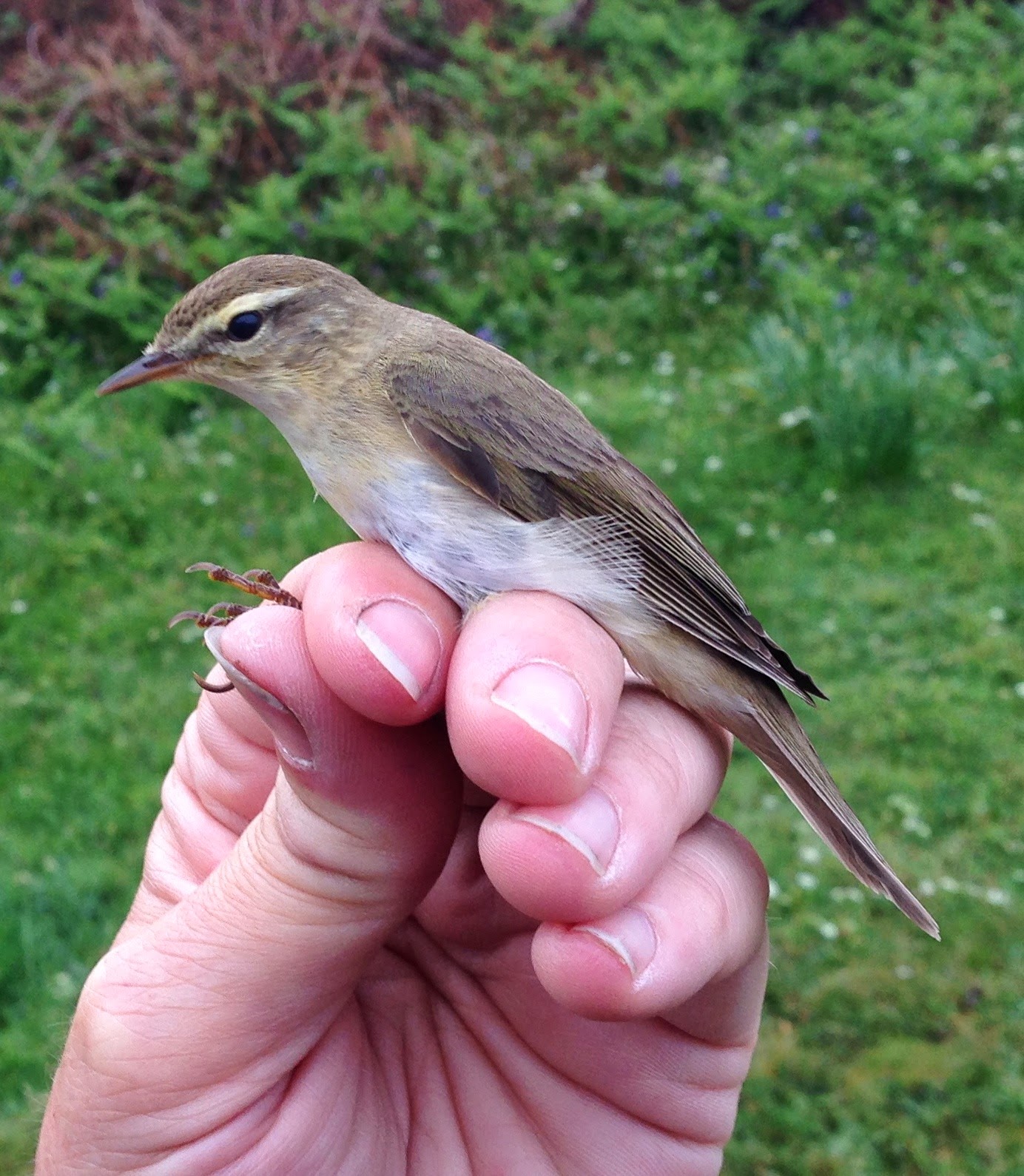 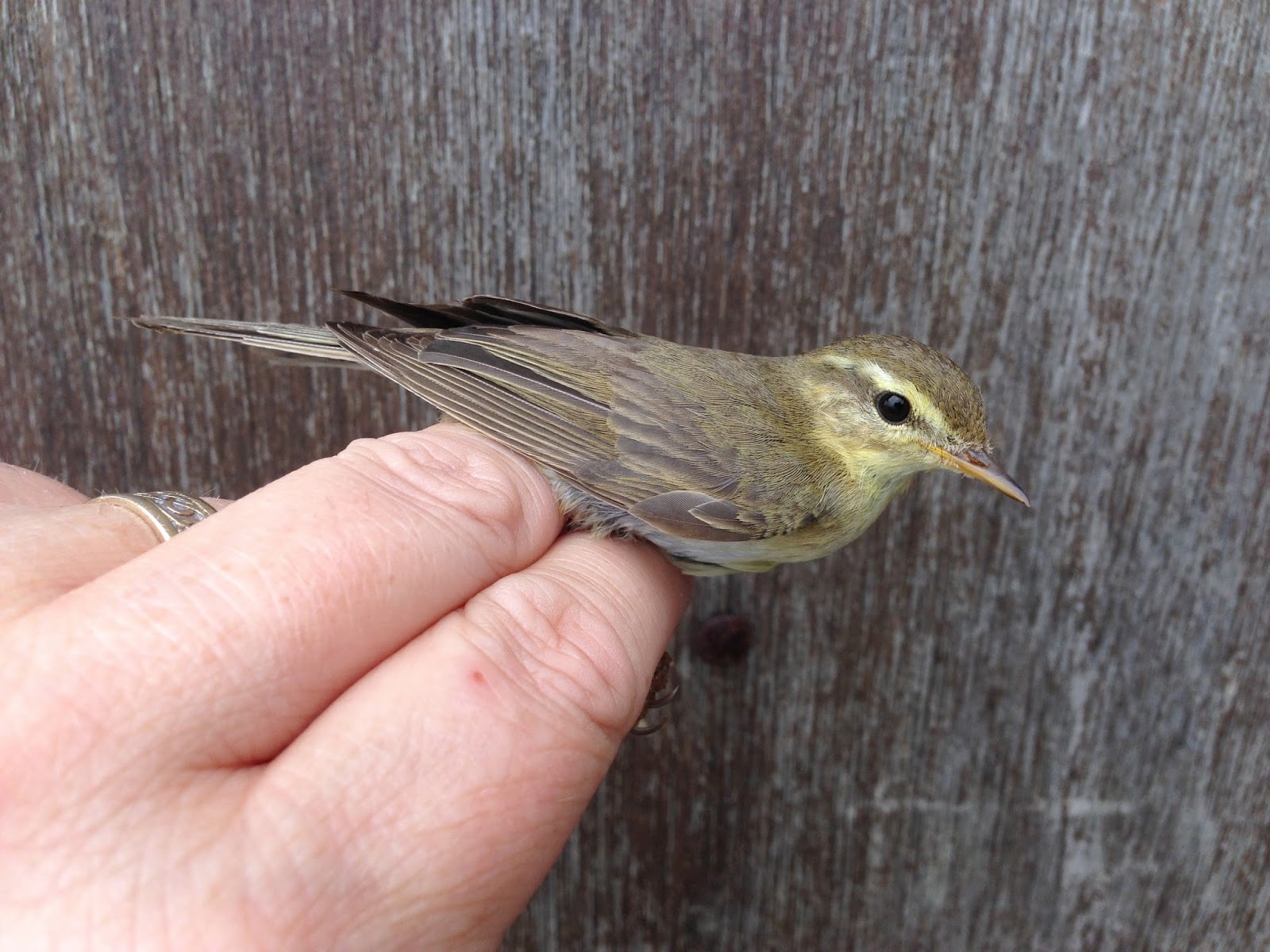 A Spotted Flycatcher appeared early morning but soon disappeared and was not seen again until late afternoon presumably having secreted itself away in the large sycamore on the east side of Telegraph House for the day.

A Chiffchaff was caught late afternoon which meant that three phylloscopus warblers were caught on the island today which does not happen very often.

Butterflies continued to catch the imagination of observers and today it was the turn of Red Admirals to arrive with at least 7 seen including a couple of 'in off', others included a Small Copper, 2 male Common Blues and at least two Walls, but there was no sign of yesterday's Brimstone but at least 6 Common Blue Damselflies were seen. 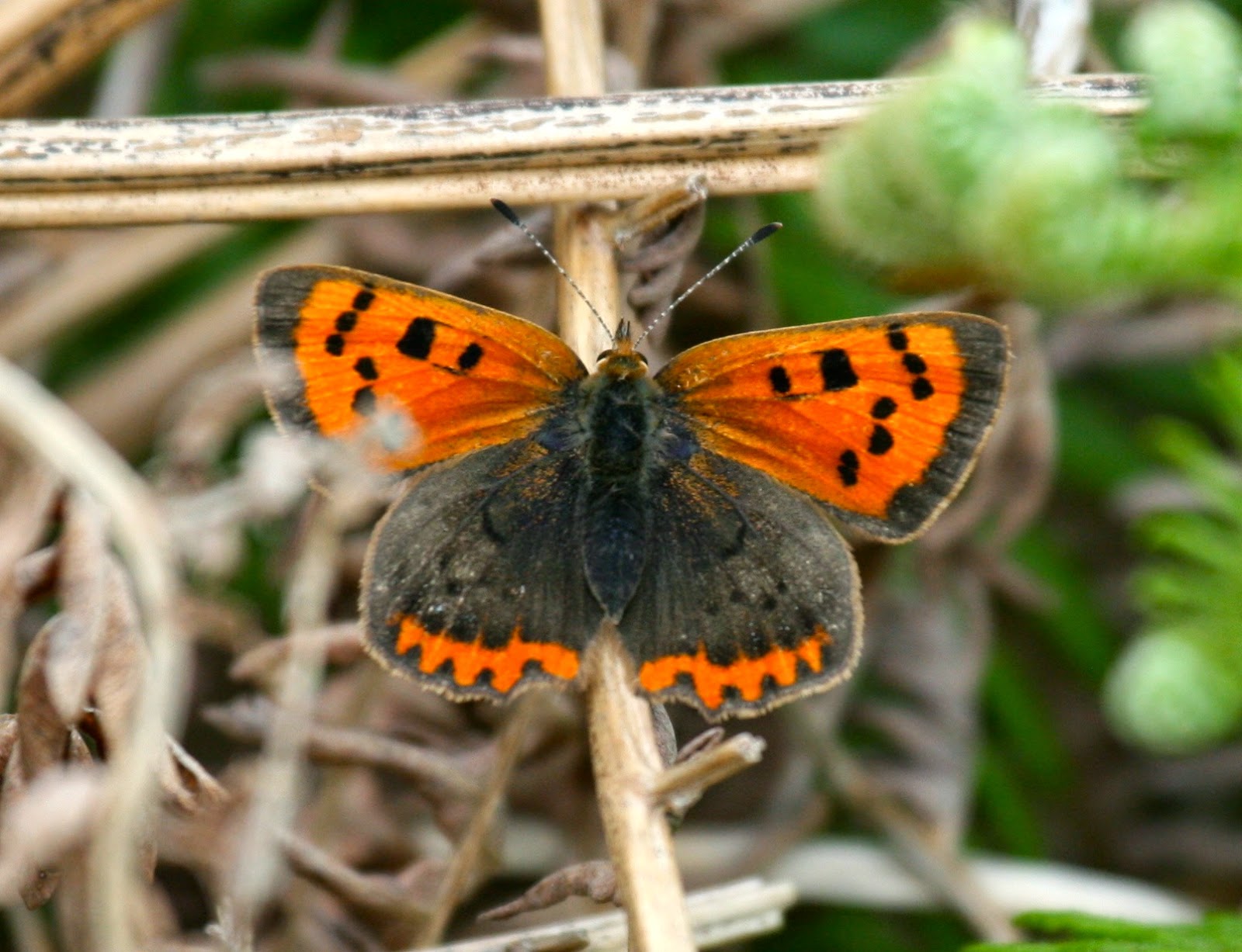 News via twitter that a Black Stork was seen at a couple of sites heading east along the North Wales coast early evening had our 'eyes to the skies' but sadly the local gulls didn't budge (unlike those at Conwy apparently which gave the storks presence away - thanks to @rsitsme and @bardseyobs for the news), although those on the West Hoyle bank are still being watched as we type just in case!
However, even this could not put a dampner on another great spring day on the island.