Another fairly quiet day on the island today but as always something of interest pops up.  A couple of Little Egrets fished the gutter and the breeding birds were very evident including another juvenile Linnet caught and ringed.

However, there were no grounded migrants to speak of and the sea was fairly quiet.  Two flocks of Canada Geese (22 and 3) did little to raise the excitement levels. 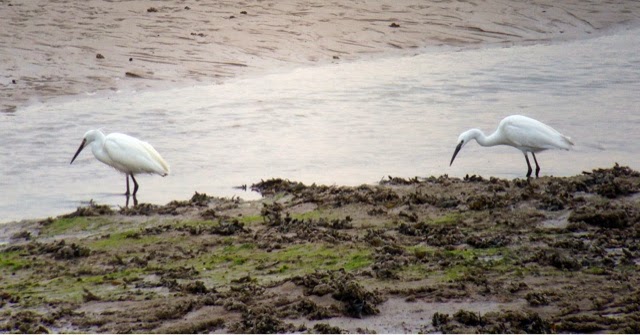 Just when we thought it might be a non-noteworthy day up popped a Peppered Moth which was found in the Obs and is a very scarce moth for the island.

Later in the day five Little Egrets appeared and 65 Swifts flew over the island.