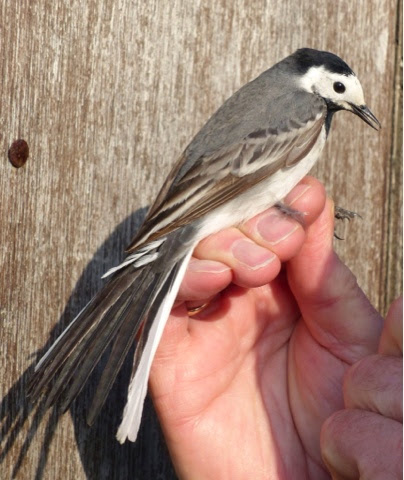 A Common Swift became the first of the year (slightly later than usual) as it flew over the sea to the north west of the island while Swallows today only numbered 15 with 4 Sand Martins. The resident Swallows paused from their feeding to pose near the nest site (bottom). Three Greenland Wheatears were eventually found but from the outset warblers were very few with single Willow Warbler and Chiffchaff although the 2 Whitethroats were very welcome. Star birds this morning were the wagtails with several of the 5 Yellow Wagtails down on the ground (below) and 8 White Wagtails hanging around the north end rocks with another being ringed after the record 3 yesterday (above). There seemed to be less Whimbrel about today, only 7 could be found. 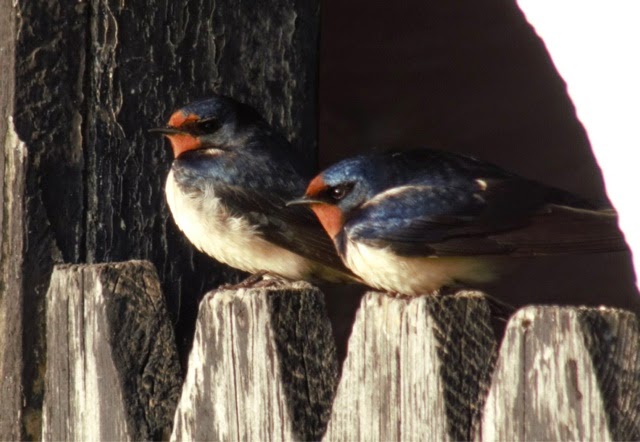