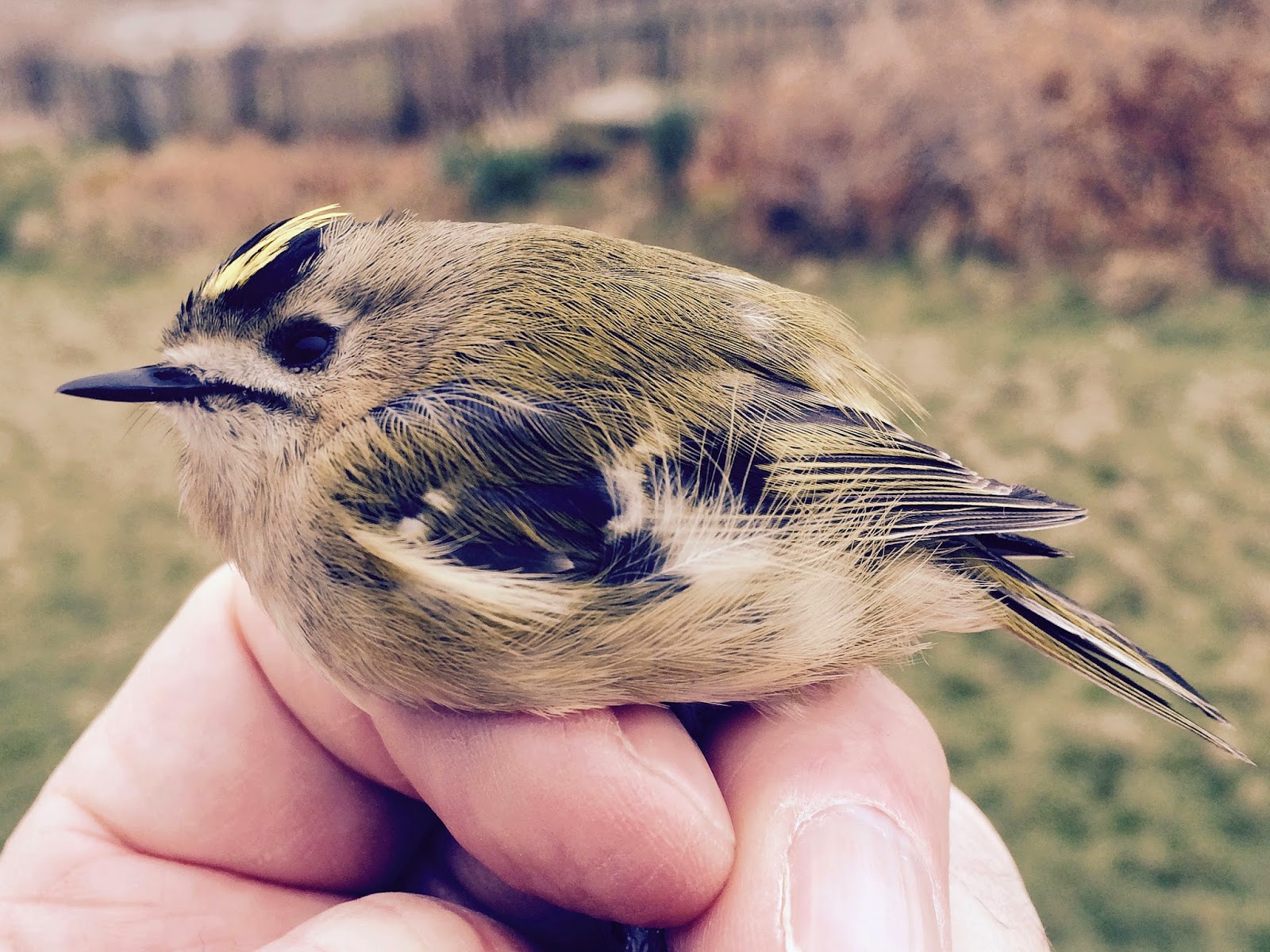 Very little movement today despite the apparently ideal weather, a new Song Thrush was found in the paddocks, a Goldcrest dropped in later (left), and a Wheatear was about the north end. A small flock of Meadow Pipits passed through mid-morning, also a couple of Pied Wagtails. Counts from the early ebb tide were as follows: 390 Curlew, 220 Shelduck, 250 Redshank, 85 Grey Plover, 15 Sanderling. Ten Purple Sandpipers were feeding at the north end. A flock of 40 Common Scoter flew east on the sea, and 2 of the 6 Great Crested Grebes on the sea were displaying to each other.
Ringed: 1 Song Thrush, 1 Goldcrest     [ 19-8 ]
(DB,CJ)
Posted by Colin at 10:16