The long awaited first Sand Martin of the spring flew through Hilbre today, on about an average date although in some years they can appear slightly earlier.

A late Snow Bunting flew over the south end but unfortunately did not stop to feed, the only small migrants noted were 5 Pied Wagtails, a Goldfinch and a Goldcrest that was ringed. Twenty one Carrion Crows gathered on the north shore, an unusally large party. There seem to be still at least 142 Brent Geese, most are expected to depart within the next 2 weeks.

Observations made from the east hoyle bank managed to relocate the Surf Scoter (SRW et al) also Velvet Scoter and Long-tailed Duck, (see blog for 25th). Four Red-breasted Mergansers were out by the west hoyle bank. 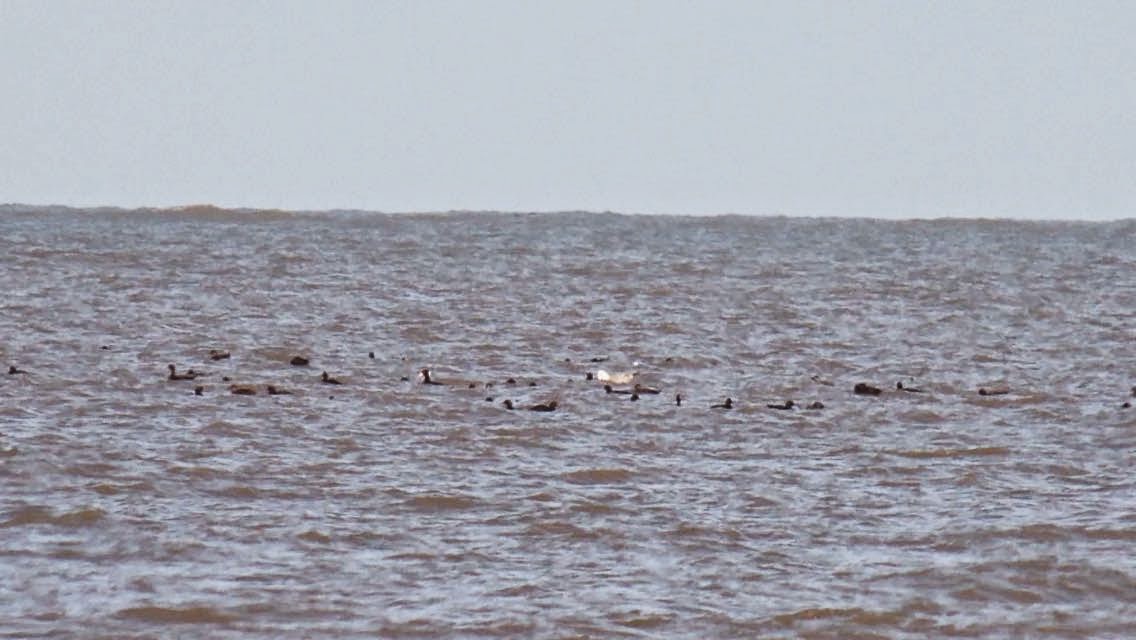