Weather: WNW force 2, misty around the coast.
Another good day for birds, even though there were not as many of them, but a varied species list kept interest alive. Probably the best bird of the day was a Fieldfare that spent most of the morning around the island, even landing on the grassy path  beyond the lookout and stealing  the mealworms that had escaped from the potter trap intended for the 2 Wheatears that were on this morning. The other star bird was a Great Tit in the paddocks which was later ringed. Others on the ground today included 2 Chaffinches, 3 Goldcrests, a Chiffchaff, a new Blackbird, a Wood Pigeon that landed briefly and a Reed Bunting at midday. Flying through but not stopping today were 6 Pied Wagtails, 2 Lesser Redpolls, about a dozen Meadow Pipits, 27 Jackdaws (which included a party of 24), and a Rook (scarce at Hilbre). A Sparrowhawk flew down the west side in the morning and later shot over the obs garden fence and did a circuit of the lawn no more than a metre above the grass. Five Common Scoter staying close in to the east side and a flock of a dozen or so dropped in off the east side and gathered together into a tight group splashing the water vigorously and calling loudly together, maybe spring is in the air for them. 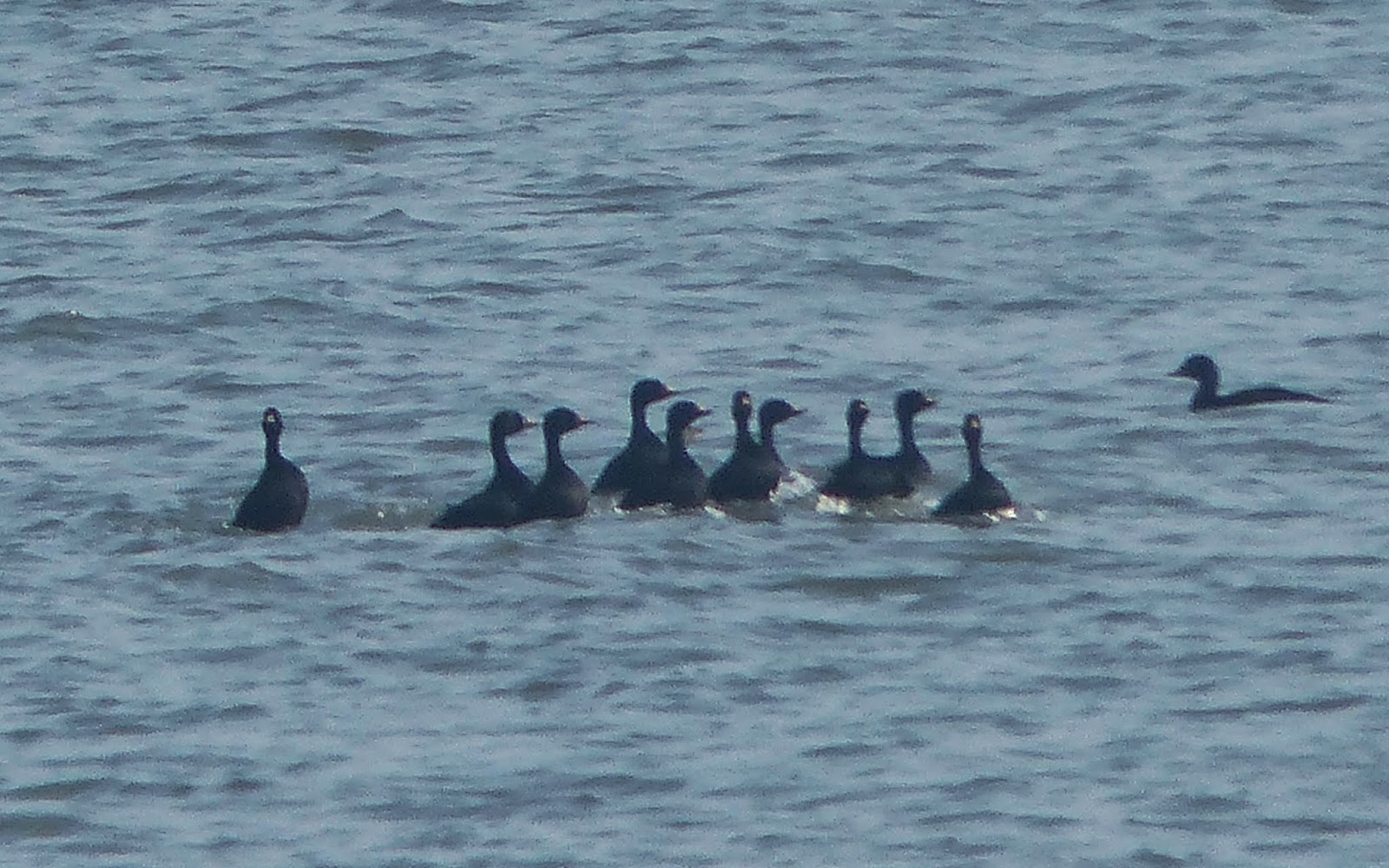