Despite the wind direction there were no new passerines on the island – or if there were, they were hiding from the rain. A dozen presumably ‘local’ Swallows were sheltering in Niffy bay, but later as the rain cleared, a flock of around 60 flew through heading south and ‘our’ birds appeared to join them.
There was little on the sea and tern numbers were down with 4 Little, 10 Common and 160 Sandwich noted.
Wader numbers were also low with 24 Curlew, 5 Whimbrel, 6 Redshank and 4 Turnstone about the island and 20 Dunlin seen on the way off. But to lift the day, 2 Greenshank were heard calling and later found in the Gutter as the tide came up, a typical time and place for this bird to appear. 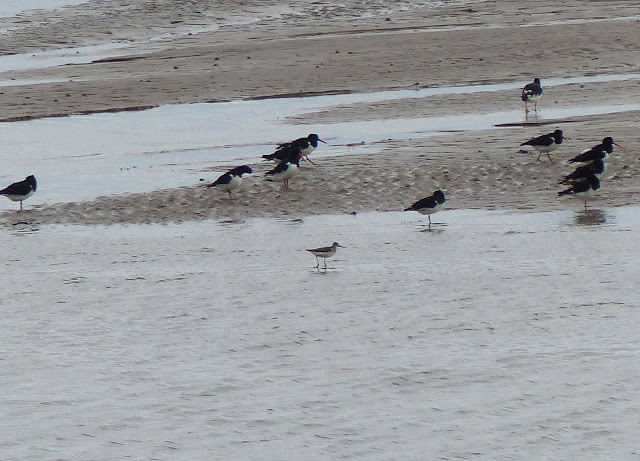 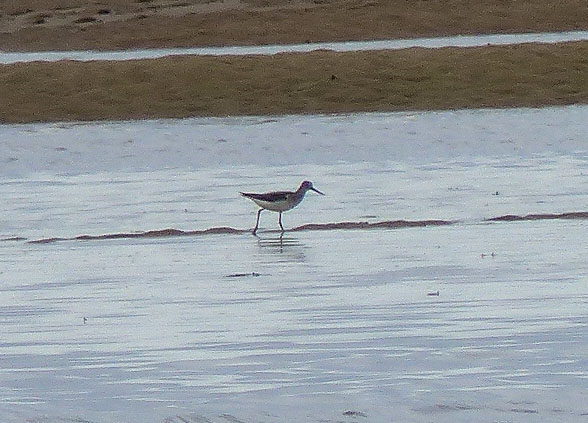 During the morning, birds going up along the North shore drew attention to a large bird of prey off the shore heading NNE, probably a Marsh Harrier. 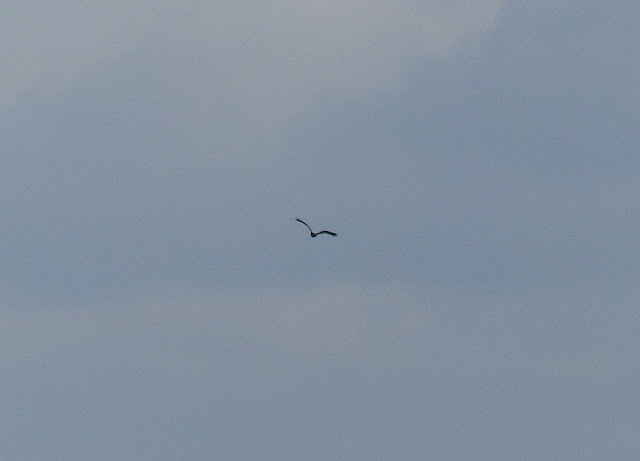 photos AS
Posted by Colin Jones at 08:18