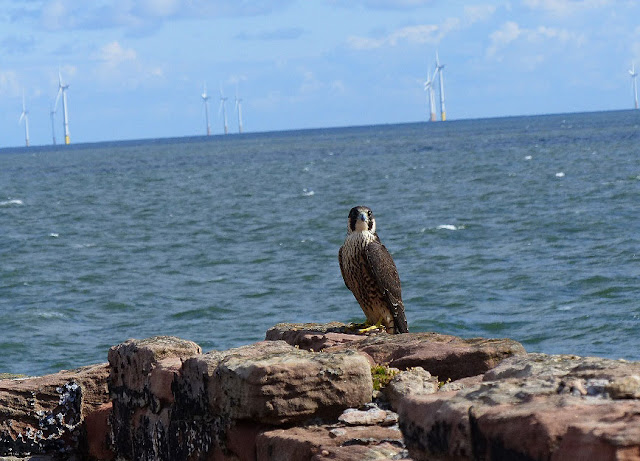 A good day both weather and bird wise. A sea watch produced 46 Common Scoter, 9 Gannet, 3 Great Created Grebe and 4 Shelduck. About 200 Dunlin roosted on the North End until disturbed by two Peregrine, an adult and a juv.(which posed for some time on the old lifeboat station wall). 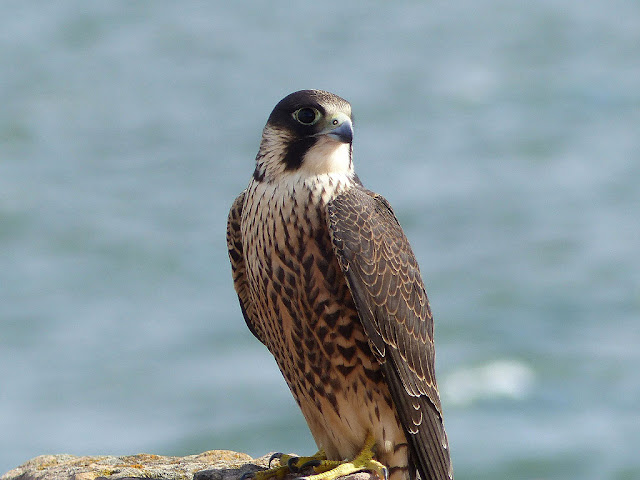 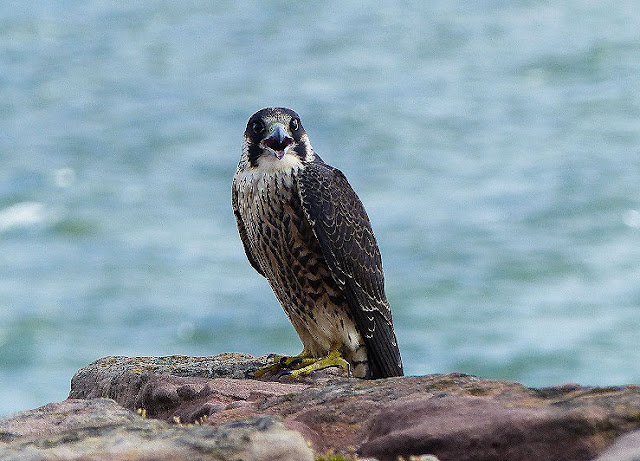 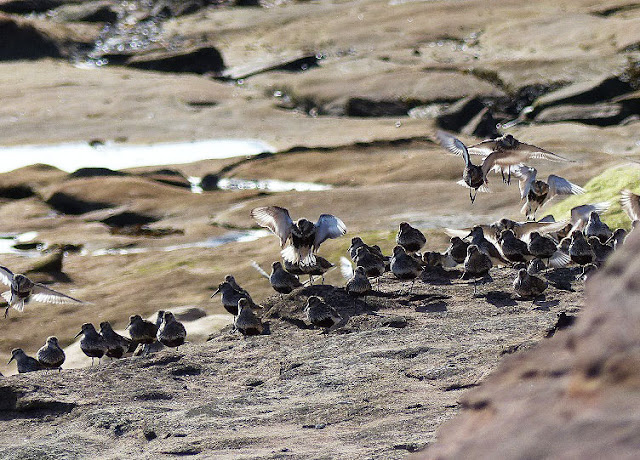 Other waders included 18 Ringed Plover, 9 Whimbrel, 25 Curlew, 19 Sanderling and a Bar Tailed Godwit.
Thirty Swallows were present early in the morning with 2 Willow Warbler, and 3 wrens were in the obs garden. 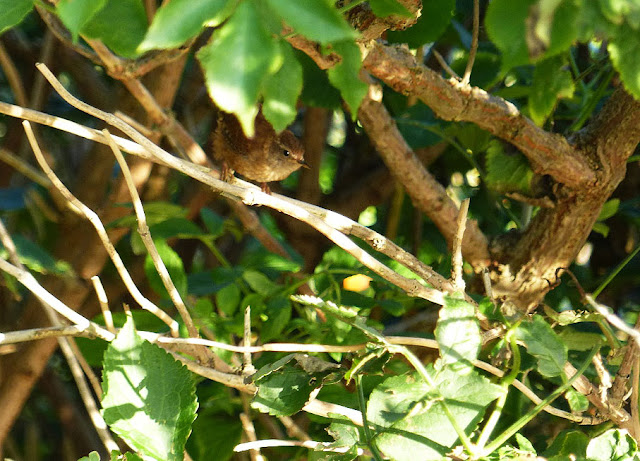 As the tide ebbed Little Terns were seen feeding in the channels running into the Gutter, with a good count of 47. There were also 300 Sandwich Terns and 60 Common. 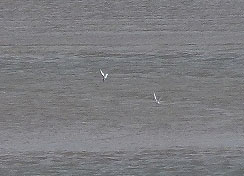 Seven Little Egret were also feeding in the Gutter. 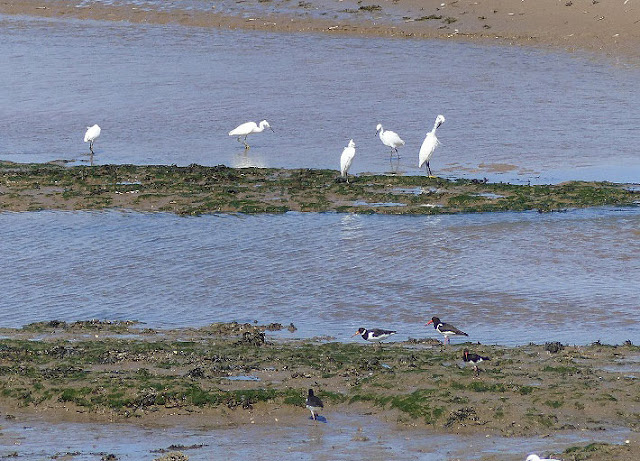