Weather: S force 2, later SE 4
The breeze in the south brought a Spotted Flycatcher, a Blackcap and 5 Willow Warblers in this morning 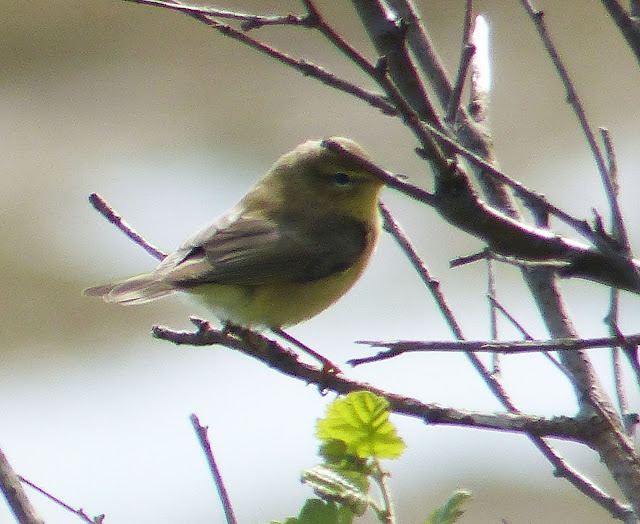 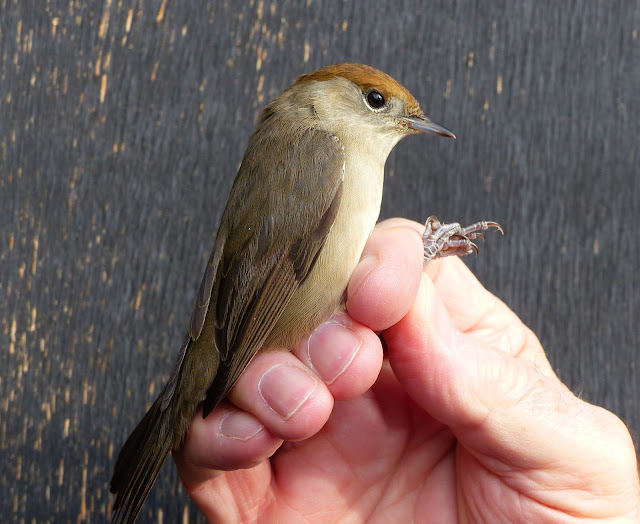 A Collared Dove came through early, then flew off south. 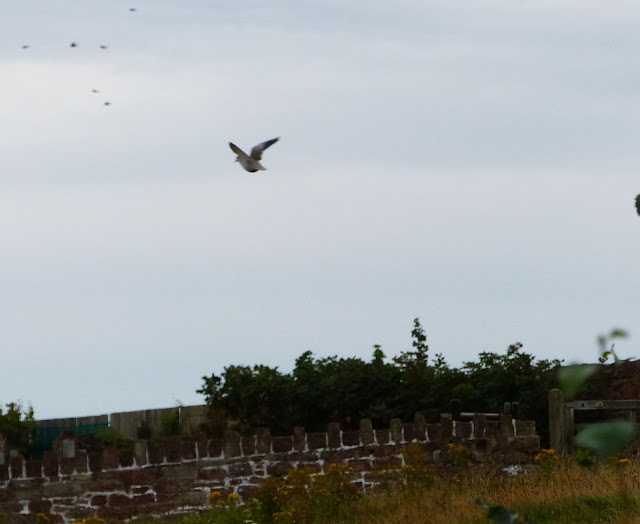 A Wheatear was found down the west side late morning, obviously sheltering from the increased gusty wind. twnety Eight Swallows flew around, some of which would be feeding birds that bred on the island.
Eighteen Little Terns dived in the ebbing gutter north east of Little Eye.

A Peregrine was noted soon after dawn, a flock of 30 Knot flew across, also first 5 and then another 10 Shelduck flew by.
Later 180 Sandwich Terns and 10 Common Terns gathered on the east hoyle ,while 5 Little Egrets fed off the east side and 5 Grey Herons and 6 Whimbrel were noted as the tide approached. 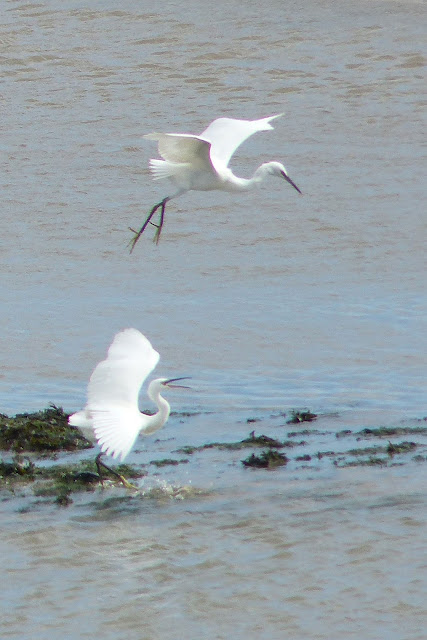 Until noon only 3 butterflies were seen, a Painted Lady, a Red Admiral and a Small White.
A Barrel jellyfish (rhizostoma pulmo) was starnded near Little Eye,(phone case for size comparison) 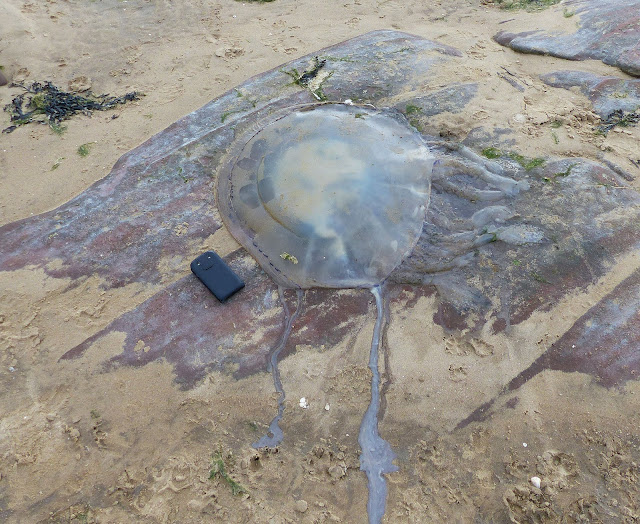