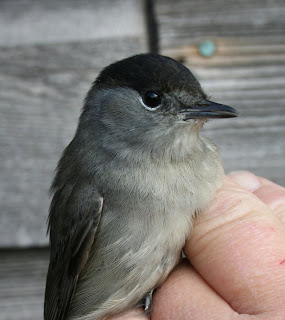 We have reached October without a single Goldcrest being seen during September, surely unprecedented at Hilbre, but at least the autumn duck for Blackcap (left) was broken today with a male being ringed. 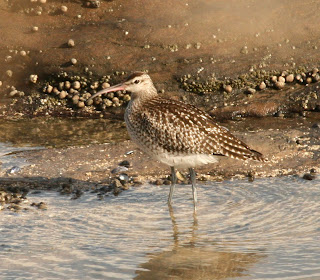 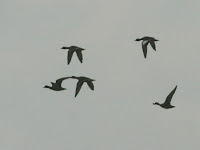 Five Wigeon (left) were between the islands early and a late Whimbrel (right) still preferred to stay in our area. 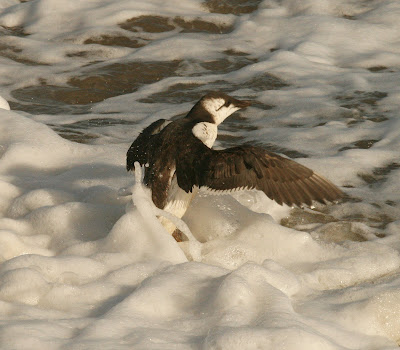 The sea was very quiet although a Guillemot that looked slightly oiled stood out near the slipway on the tide edge (left) and seemed reluctant to take to the water. 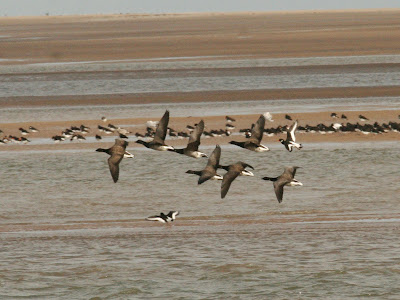 The five Pale-bellied Brent that were seen to arrive late yesterday afternoon reappeared after the tide with the addition of two more, all flying in from the south (right).