Lots of finches were seen travelling south over the West Kirby shore this morning but Hilbre as usual did not share in this movement and all we could muster was 1 Chaffinch and 3 Goldfinches. It was however a very decent day otherwise with about 800 Starlings passing south mostly in parties of a few dozen at a time, and at least 12 Blackbirds going through the island also a Song Thrush and Redwing. 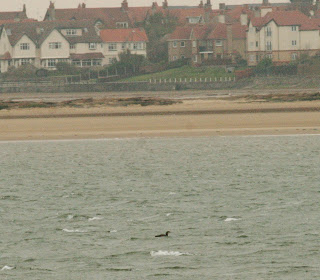 A Flock of 5 Little Egrets flew north up the shore and a Golden Plover called and was seen crossing Little Eye.
On the sea the Great Northern Diver from yesterday was found half way between Hilbre and bird rock (right), although later in the afternoon it came close to the north end and was seen to devour some crabs. Two razorbills were together just off the slipway. A Peregrine chased a Woodpigeon (left) over the island (the photographer concentrating on the Woodpigeon as the far rarer of the two birds at Hilbre !) 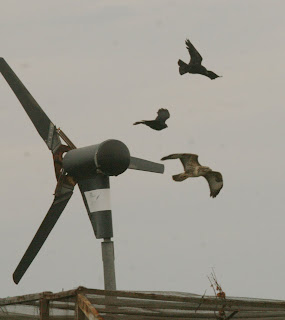 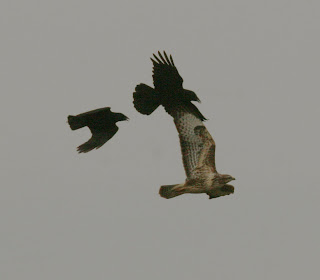 raptor was seen from the obs veranda to be mobbed further up the island. The same three members from last years Rough-legged Buzzard were again running up the island to see it better. Unfortunately it turned out to be just a Common Buzzard this time (above), but still a rare bird to see on the island. 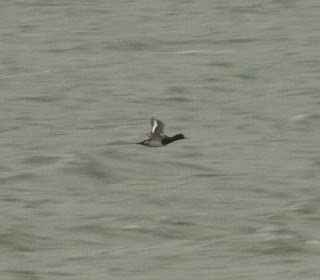 Just a single Wigeon today, but a drake Scaup (left, very scarce in the last few years) flew east passed the north end. The Brents were still counted at 38, including the bird with white colour rings (below). 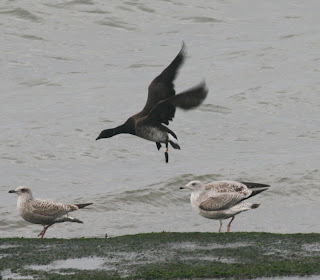 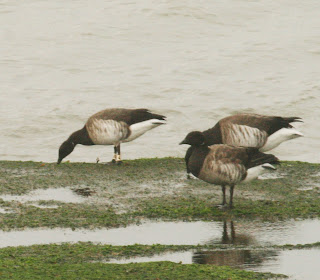