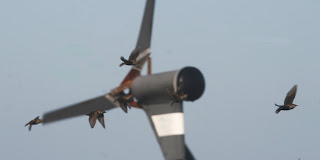 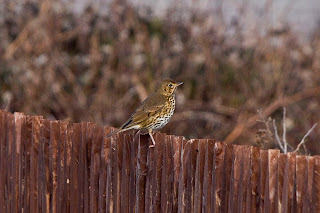 The south easterly brought a few passerines in today, notably 4 Goldcrests, 6 Blackbirds, 5 Song Thrushes (left) and a Reed Bunting. Overhead were 9 Skylarks, 50 Starlings (others came down to feed, above), about 30 Meadow Pipits, 6 Goldfinches and 3 Siskins. 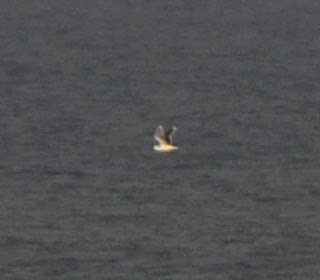 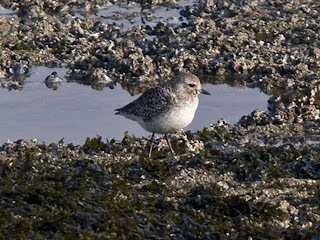 The best surprise of the day was the quality of the seabirds at high tide this late in the season and with a unhelpful wind direction. No less than 25 Red-throated divers and 18 Great Crested Grebes were present and 8 late Gannets fed off to the north west. Three Kittiwakes (including 1 juvenile) were noted, and best of all was a Little Gull (above right) flying in fairly close view for quite a few minutes. Also seen were 17 Common Scoters and 4 Guillemots. 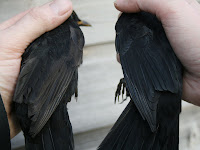 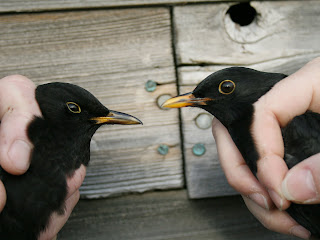