Weather: SE force 0/1     partly cloudy with mist around the coast

For the observers it's been a hard slog for very little reward for some days recently but today was a good day. The first Redwing of the autumn was over the obs first thing and a male Blackcap was in the obs garden, while a small fall of Goldcrests soon after dawn brought about 20 in to the island. Five were caught for ringing on the first round of the traps but it then became apparent that no more arriving and ringing ceased soon after it began. Suddenly all went quiet apart from a few of the Goldcrests still feeding in one corner of the SK paddock. A couple of Reed Buntings were down on the ground briefly, a few Pied Wagtails went through, also a group of 8 Skylarks.  Just before noon a Golden Plover called over the shore and a Redpoll flew down the west side. 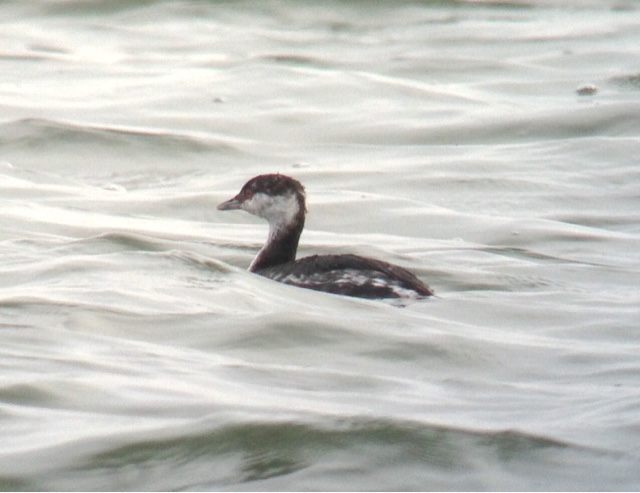 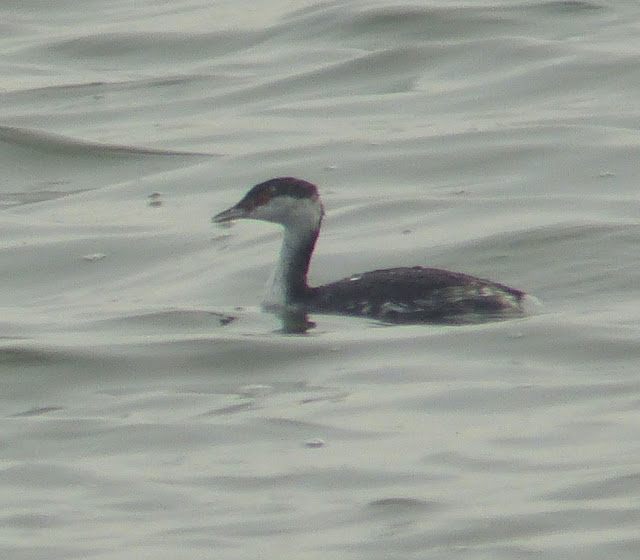 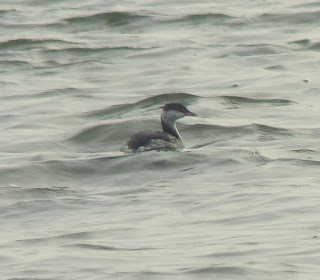 The unexpected lull in the arrival of migrants gave time to examine the flooding tide from the obs veranda, and almost immediately a Slavonian Grebe was seen diving in between the islands. Such a good bird merited prolonged views and the grebe stayed in roughly the same area for a couple of hours, even when 2 canoeists paddled between the main island and Middle Eye, exactly where the grebe was feeding. Views down to 50 yards or so gave good opportunity for photographs. Some video can be seen here although a little into the sun http://youtu.be/C8GBE6PvUt4 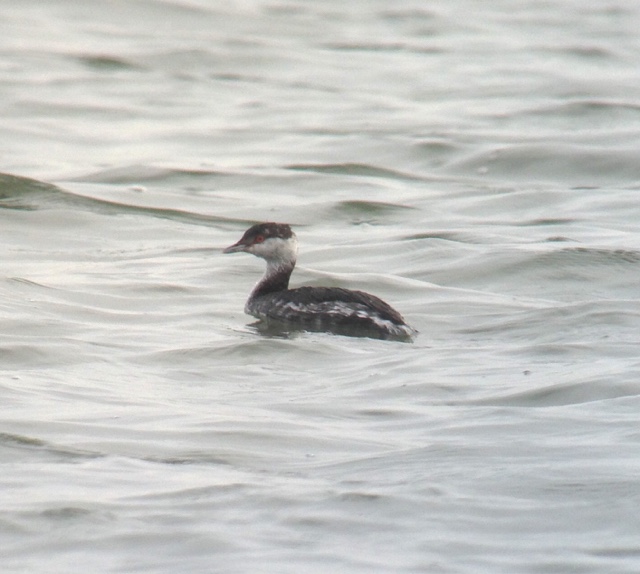 In the afternoon the Slavonian Grebe was seen distantly on the sea to the north together with 14 Great Crested Grebes. 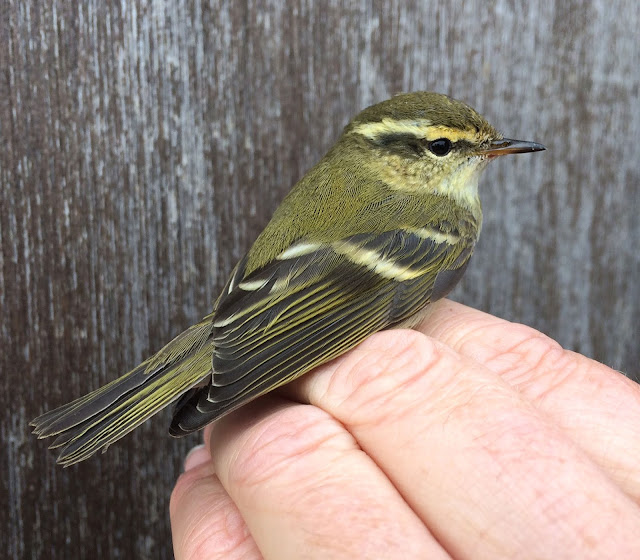 A check of the traps at about 11.00 hrs found a Yellow-browed Warbler in the catching box, a lovely surprise after the Hilbre regulars had been bemoaning their luck at being one of the few coastal birding sites not to receive one. On release the bird fed happily in the sycamores in the 'heli' paddock, although a check in the late afternoon suggested it had left by then. 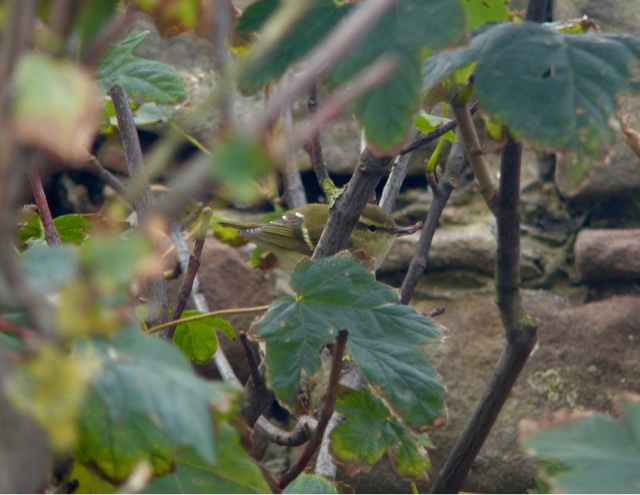 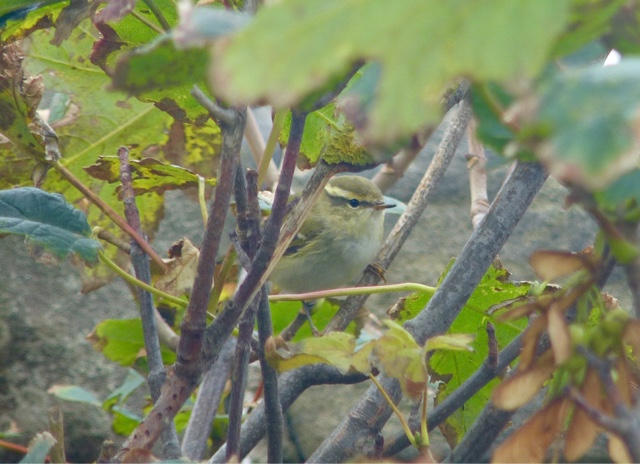