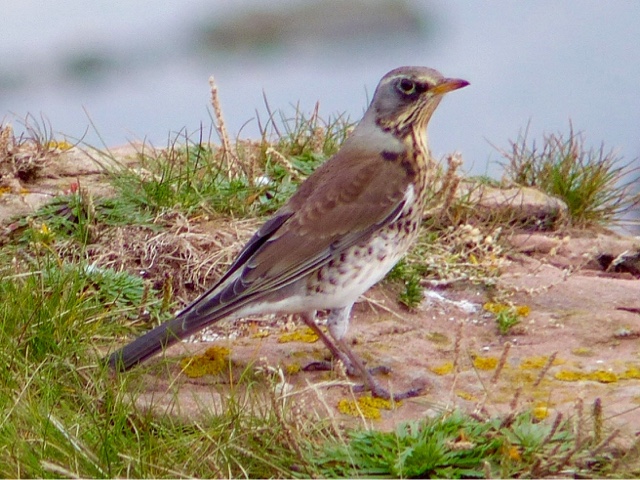 Efforts were made to make sure the island was 'covered' on what is forecast to be the last of the easterlies for a while, and observers were rewarded with a pleasant and interesting day. Two Grey Wagtails were in 'fisherman's cove' on Middle and Goldcrests were heard immediately on arrival at the main island but probably only about 5 birds in total. 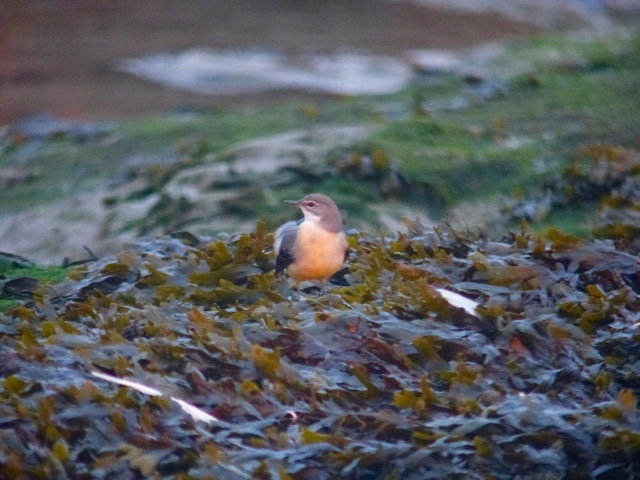 After a round of the trapping area records came thick and fast; a female Peregrine was pursued by Crows near the mast, a Mediterranean Gull in adult winter plumage sat distantly on the sea off the east hoyle, with a drake Scaup in a similar location. 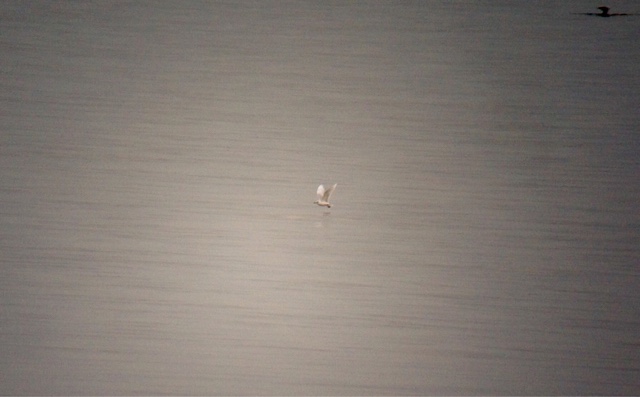 Next a Short-eared Owl flew out from north of the mast over the sea in the direction of Wales, only to return towards the islands after completing a semi-circle over the Dee, it was later flushed from the west side of the island and again headed out to the west. 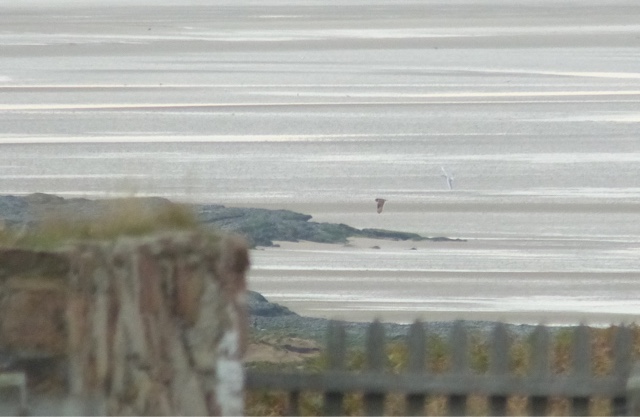 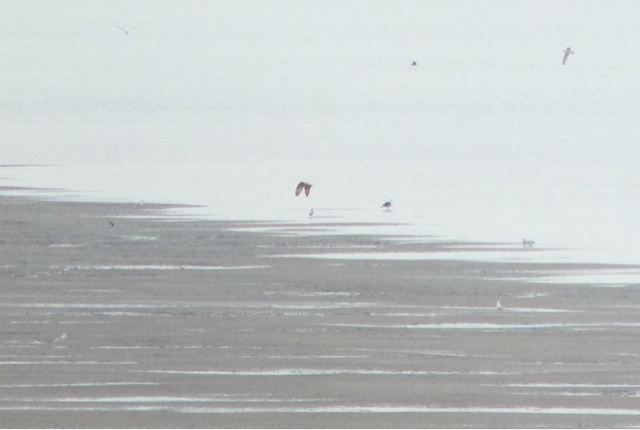 More excitement occured when 2 Fieldfares arrived (an unusual bird for Hilbre) and spent a long time moving about the trapping areas but managed to evade being ringed. 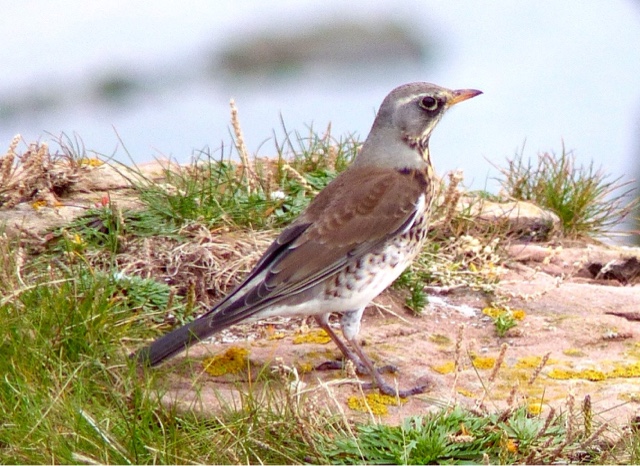 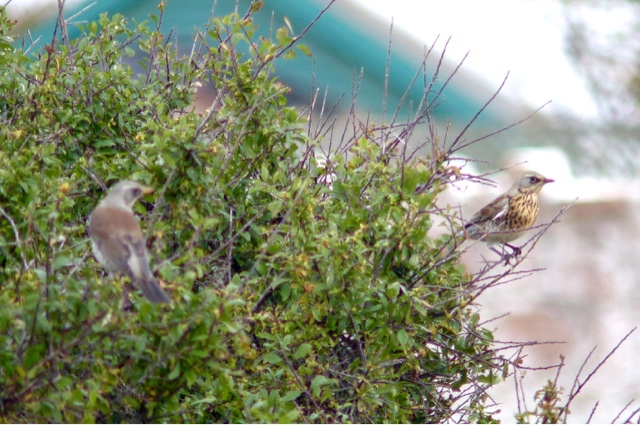 Visible migration was sparse although flocks of 4 then 3 Greenfinches made it to the ground, 2 alba wagtails went through, and 6 single Skylarks called high overhead, as did a Reed Bunting. In addition to the Scaup, sea birds seen on the flat calm sea included over 50 Great Crested Grebes, 600 distant Common Scoter, 6 Guillemots, 2 Razorbills.
Just as interesting as the birds of today was the sighting of a Weasel or Stoat on the fence between the obs and the wildlife garden. It could not be properly identified as the view was very brief and only the head and fore part of the body was seen, either way it is a rare record. Over the next 20 minutes or so 3 Wrens were alarming continuously in the wildlife garden but the object of their attention could not be seen. We will be looking for the creature over the next few weeks.