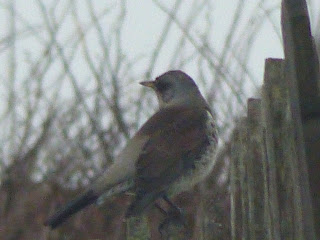 Another day of significant thrush movement, this time mainly in the first 2 hours after dawn, and again the 9 Fieldfares (right,CJ) and 31 Redwings present evaded trapping for ringing, with 2 Blackbirds (below,CJ) ringed out of 8. Five Song Thrushes were on Middle first thing also 2 Goldcrests on the main island early but they immediately moved on. Casual passers by included 8 Starlings, and a total of 11 Skylarks. The early morning mist enveloped a Short-eared Owl which was being harassed by a crow as it flew over the islands towards the West Kirby shore. 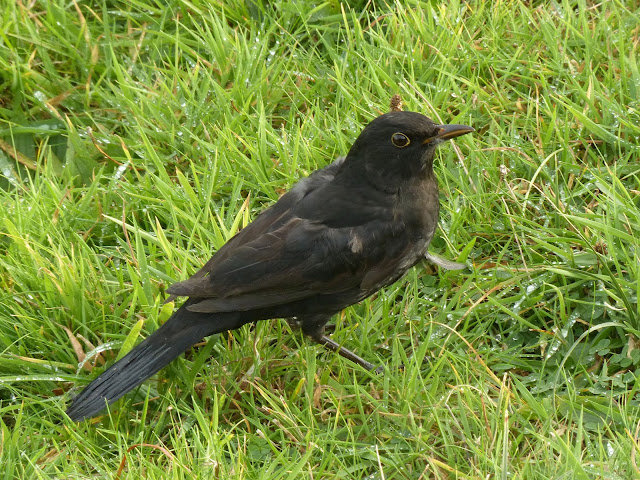 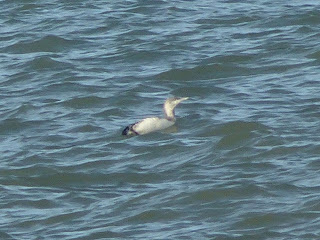 The visitors to the obs from the Manchester area were treated to a good sea watch with 7 Red-throated Divers (right,CJ), several dozen Great Crested Grebes, 18 Common Scoter, 3 Razorbill and a group of 3 Harbour Porpoises swimming off the north west corner of the island.


Chief prize among the many waders seen was a Purple Sandpiper (below,CJ) which afforded close views to the visitors. 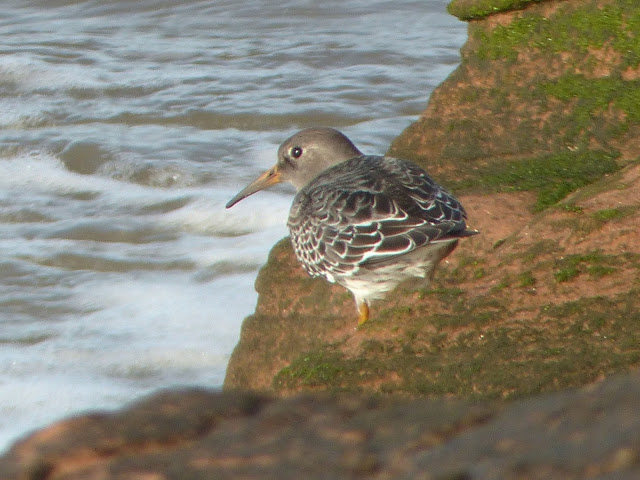 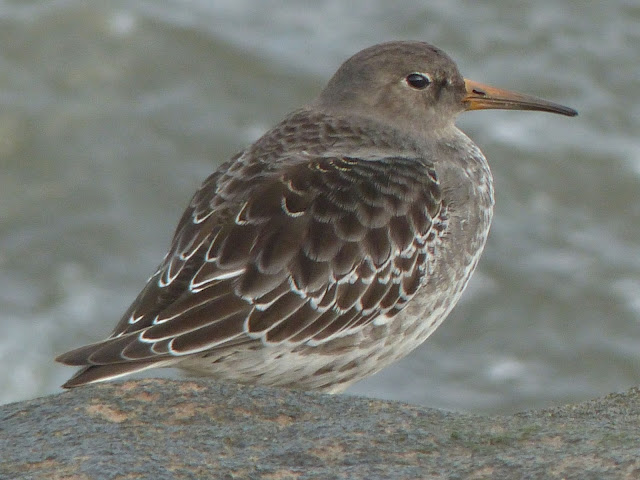