Weather: SE force 1,  thick fog
Observers were present from early today even in the fog that enveloped the estuary with visibility down to 50 yards (not recommended to the casual visitor). After a week of Goldcrests and Chiffchaffs there were none at all today, at least not on the main island, but with just 2 Goldcrests calling on Middle, possibly leftovers from yesterday. The best that could be said for this morning is that there were some Meadow Pipits passing and more than usual amount of Robins and a few Pied Wagtails over. A single Brent flew passed the north end and apart from a Little Egret little could be seen on the shore in the foggy conditions. Middle Eye held a flock of about 40 Linnets and later a Chaffinch was noticed associating with them (below,CJ) 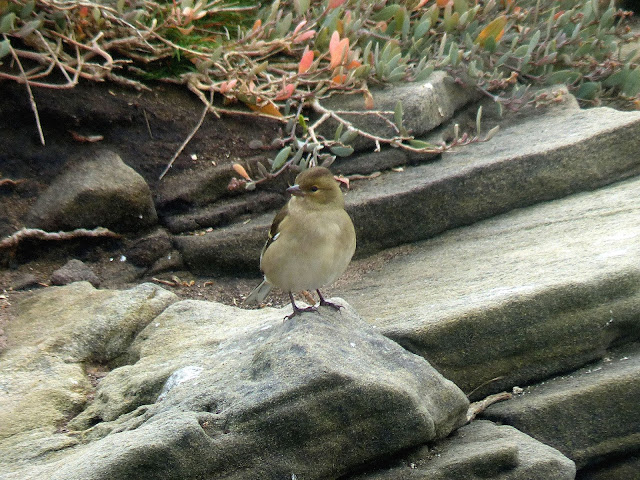