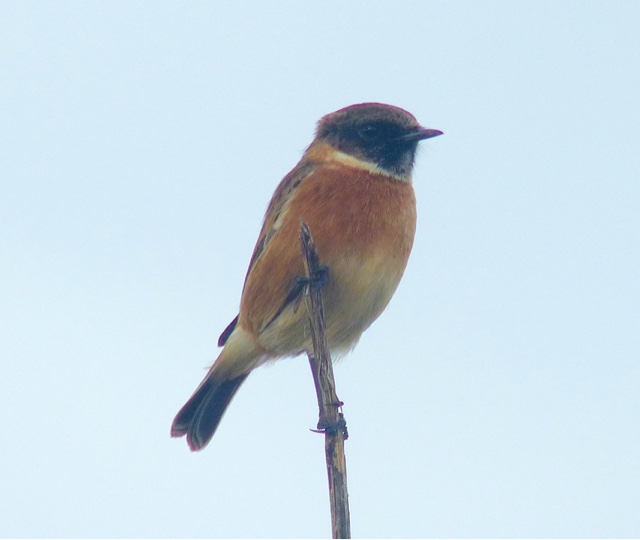 Another very pleasant morning, this time with an early tide around the island bringing a new high count of  23 Pale-bellied Brent Geese and a flock of 9 Mute Swans flying to the north east. 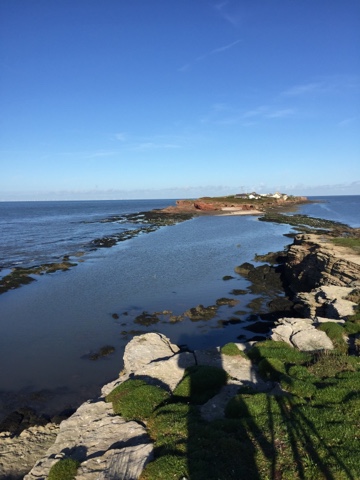 An amazing 10 Little Egrets were about the ridge south of Middle as the tide ebbed.

Shelduck were counted at 150, and 70 Turnstones were on at high tide. Several Goldcrests were heard early on and more arrived during the morning, totalling about 15 birds, also 2 Chiffchaffs. Bird of the day arrived at about 10.00hrs when a male Stonechat was found sitting on top of the Newton hedge, and then stayed in the area for the next hour or so (below). Two Grey Wagtails came over and a couple of White and Pied Wagtails dropped in briefly, as did 3 Goldfinches and 2 Greenfinches, while 8 single Skylarks called as they passed through. A female Wheatear was on all morning, the first on the main island for some time. 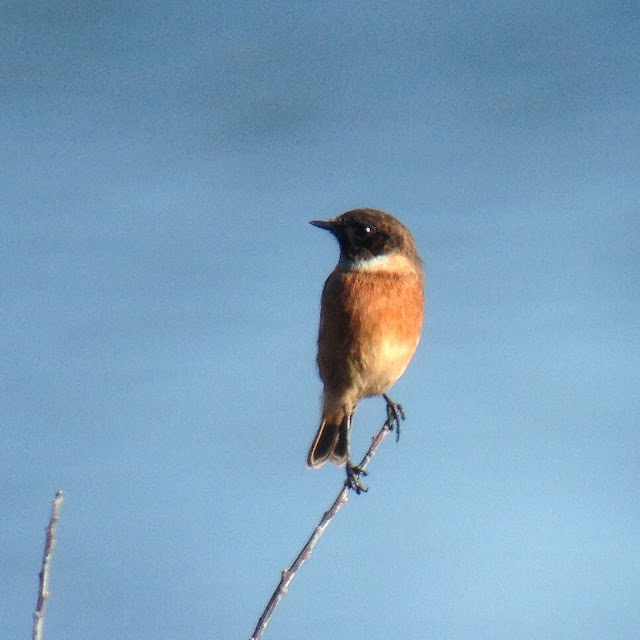