There was a bitter wind chill this morning and the visibility decreased to 5 miles when the snow started, more of a day for sitting in front of the fire with a cup of tea than being out counting birds !
Nevertheless, a good count of 230 Brent Geese was made, most in the lagoon as the tide ebbed. Shelduck around Little Eye numbered 30 and a female Red-breasted Merganser flew east passed the North End. Nine Great Crested Grebe were on the sea and 3 Harbour Porpoise were again seen in the mouth of the swash.
With the small tide today the 4 Purple Sandpiper present were roosting in the tide gauge channel. 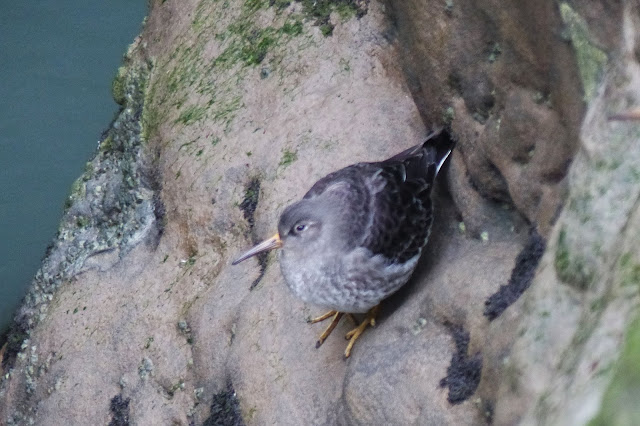 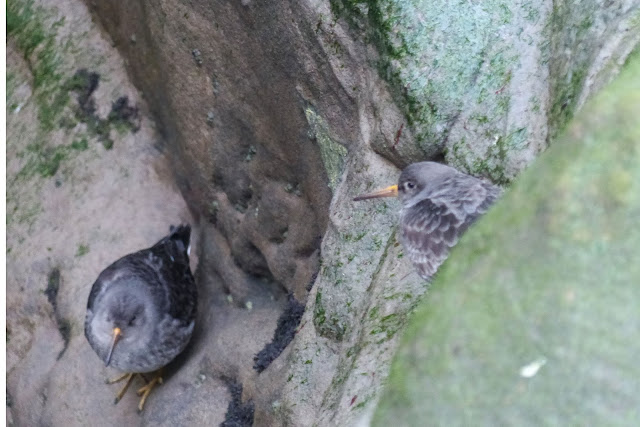 The Purples were briefly alarmed when a Peregrine sped by the North End and up the west side.
Two Rock Pipit and a Blackbird were present and 2 Song Thrush were re-trapped, one of which was ringed last January so is a returning winter resident.
Posted by Colin Jones at 14:23